A team like no other: The Victoria Royals will commemorate the 80th anniversary of Van Island’s Navy team 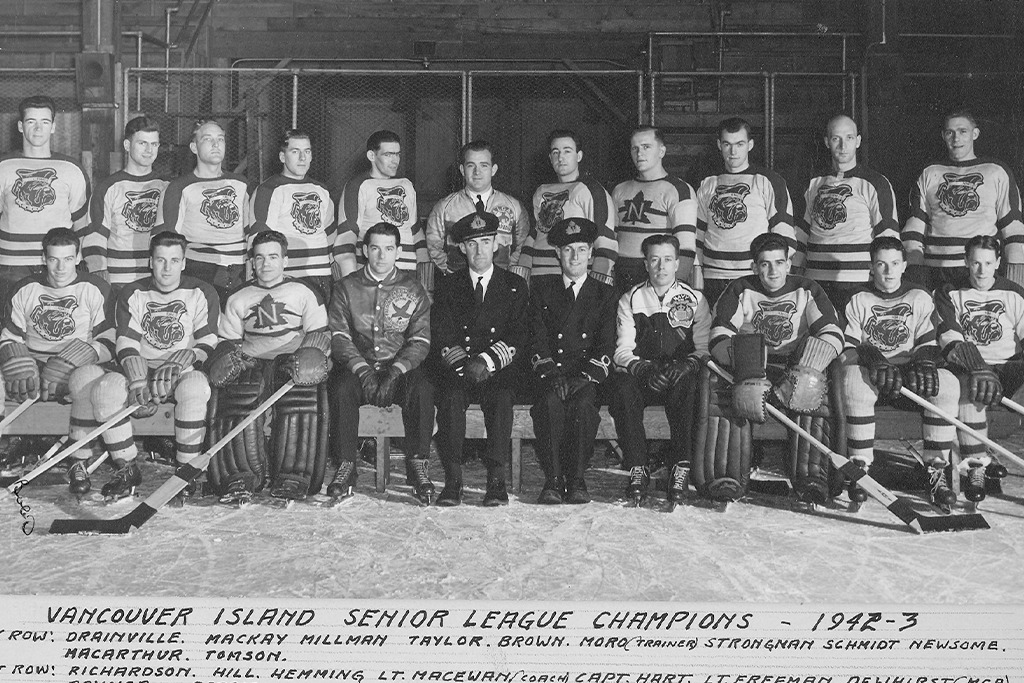 The Victoria Royals will feature a new jersey with military roots for this Saturday’s game against the Prince George Cougars.

This week the Victoria Royals and the Defence Team of CFB Esquimalt are coming together to celebrate the 80th anniversary of the 1942-43 Navy team.

Amidst a time of global fear during the Second World War, NHL and minor league players from across Canada were called to serve their country. Some of these talented prospects found themselves assigned to Vancouver Island’s airfields, barracks, and naval bases.

Despite being away from their families, those stationed at CFB Esquimalt found unity and camaraderie through hockey.

During the war, North American hockey leagues were strapped for players now serving in the military. Yet on the Island, Barney Olson, the owner of Willows Arena, a local ice rink in Oak Bay – was suddenly blessed with a wealth of hockey talent and a golden opportunity to arguably host one of the greatest single seasons of hockey ever played on Vancouver Island.

After the war, Strongman played for the former Victoria Cougars, scoring the first goal when the Memorial Arena opened in October 1949, and was a part of the 1950-51 Pacific Coast Hockey League-winning squad that was inducted into the Greater Victoria Sports Hall of Fame in 2005.

More than half a century after this dream team played their last game, a relic of that memorable season sits in the archives of the CFB Esquimalt Naval and Military Museum. 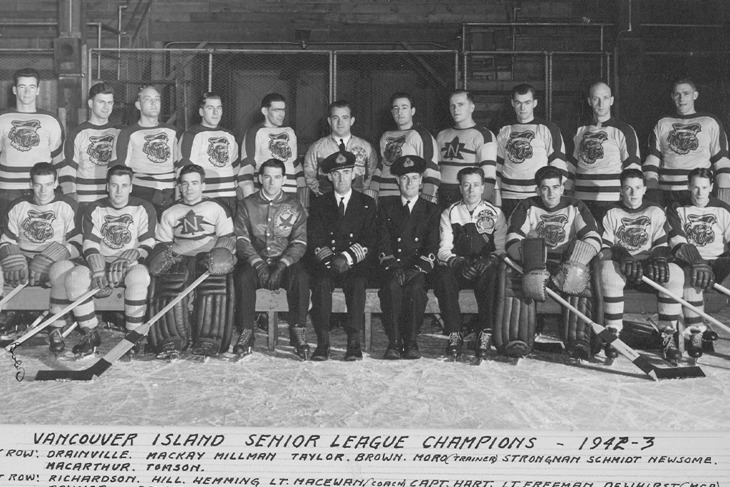 This black and white photo of the Royal Canadian Navy squad, features the young athletes turned military personnel, sitting and standing with pride serving their team and their country. The crests on their chests are a mix of an N crossing a tree and what looks to be a ‘sea dog’ – a bull dog with a sailors’ cap.

Honouring the athletes and military personnel who sacrificed their careers and lives during World War II. The Victoria Royals will be wearing a replica of the 1942-43 Navy ISL jersey in honour of this historic team, as they face the Prince George Cougars this Saturday at 6:05pm, during CAF Appreciation Night.

Tickets for the Canadian Armed Forces Military Appreciation night can be found by clicking here.