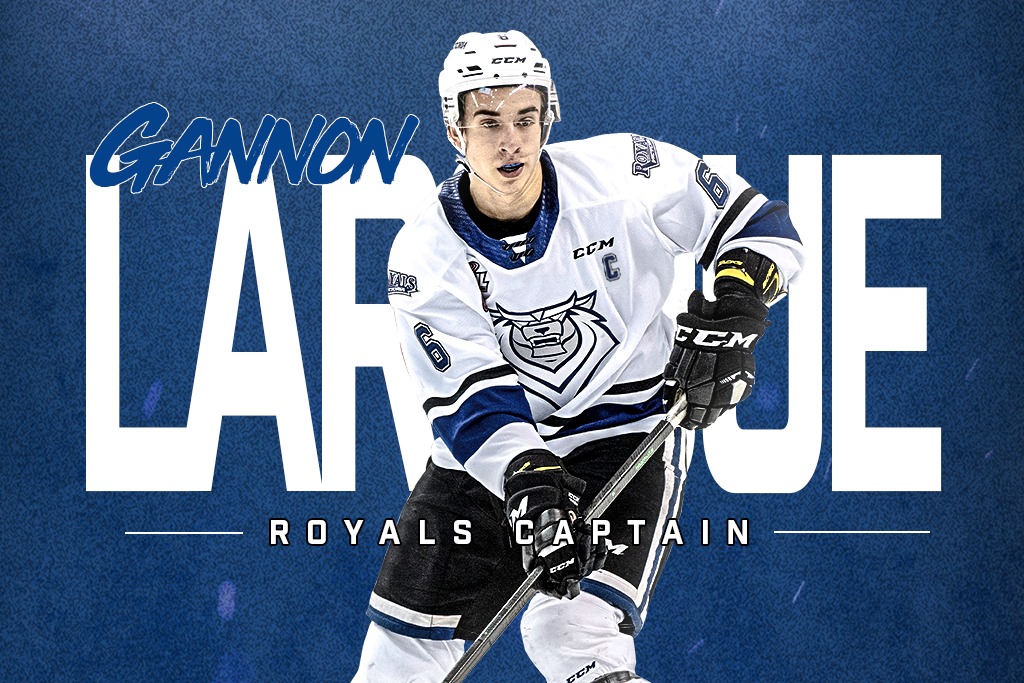 Defenceman Gannon Laroque has been named the new Captain of the Victoria Royals for the upcoming 2022-2023 season.

The Edmonton, AB product becomes the eighth player in team history to wear the “C,” and the first defenceman since Ryan Gagnon in the 2016-2017 season. He will take over from forward Tarun Fizer who served in the role last season.

“It is an honor to be selected as Captain of the Royals,” said Laroque. “I am humbled, and I will continue to work hard alongside my teammates. I am very much looking forward to next year. This adds to the emotions I have had for the past few days. I am really excited.”

Laroque enjoyed an impressive 2021-2022 campaign with Victoria, leading the team with 42 assists while adding 10 goals to finish third on the team with 52 total points. He would earn both the BC Division Defenceman of the Year Award in the WHL and the Wilson’s Transportation Top Defenceman Award for the Royals, as well as sharing the Royals Gablecraft Homes Most Dedicated Player honours with Fizer at the end of the season.

This is not the only good news the 18-year-old received this week, as he signed an entry-level contract with the San Jose Sharks – who drafted him in the fourth round (#103 overall) of the 2021 NHL draft – on Tuesday.

“Since joining the Royals as an undrafted free agent, Gannon has demonstrated incredible work ethic, passion, competitiveness, professionalism, and humility,” said Royal General Manager and Head Coach Dan Price. “He exemplifies all of the traits that we look for in a Victoria Royal.  Gannon takes the torch passed along by previous Royals captains which include the likes of Tarun Fizer, Phillip Schultz, Matthew Phillips, Ryan Gagnon, and Joe Hicketts, and will continue to build off of their legacy. We are grateful to have Gannon, along with the leadership group, lead the team into next season.”

Laroque originally signed with the Royals in the summer of 2019 from the Northern Alberta Xtreme (NAX) U16 team and would make his first WHL regular season appearance as an affiliate player in 2019-20, before joining the squad full-time for the 2021 ‘bubble’ season.

He would then serve as an assistant captain for Victoria for the 2021-2022 campaign, which proved to be his best yet.

Laroque will now look ahead to the 2022-2023 season, where he will aim to lead the Victoria Royals to the playoffs and beyond.