Get to know the Royals Director of Athletic Performance, JT WARD 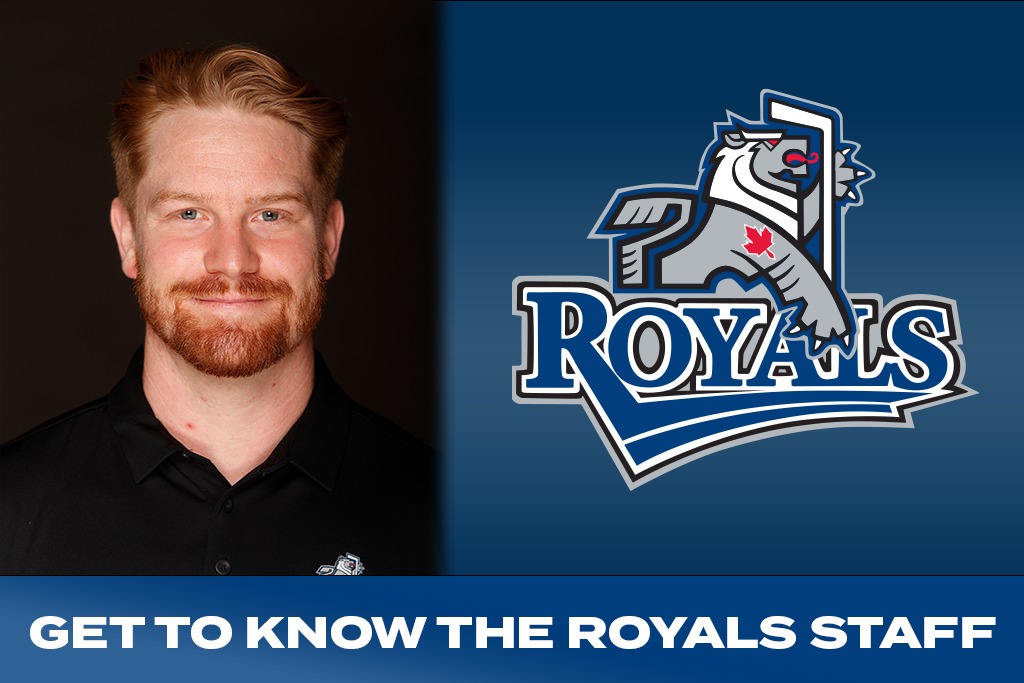 JT Ward is the Victoria Royals newly appointed Director of Athletic Performance. The Prince Rupert native started as a student athletic therapist with the team and has since developed into the head of the department, in charge of athletic therapy, strength and conditioning and equipment. Get to know more about JT below!

How do you credit your success? Hard work, dedication and the team I have around me for making me a stronger individual.

Sports Background: Played Junior B for the Kimberly Dynamiters, ran cross country, participated in track and field and played soccer.

Why did you get into Athletic Therapy:  I got into Athletic Therapy because I’ve always admired the structure and discipline of team sports and the regime of being an athlete. The NHL is the ultimate goal one day but being able to combine my passion and education to help others achieve their full potential, that’s what makes the job so unique and fulfilling.

Where else have you worked? I spent three years working for Junior A teams in the BCHL and was with the Canadian Premier League (CPL) Pacific FC for a short time before I was hired by the Royals in 2019.

I started off as the Athletic Therapist and in the hub took over the roles of Head Athletic Therapist, Head Strength & Conditioning Coach and Head Equipment Manager. Following that, I was offered the promotion to Director of Athletic Performance which was what I was doing in the HUB.

Favourite memory with the Royals so far: Winning the Scotty Monro trophy with the team in 2015-16. It is and was very special to be a part of that legacy. It wasn’t different from any other year, but everyone came to work hard and wanted to win. It shows that hard work gets you places.

What are you looking forward to most with the Royals? I truly believe we have the best staff in the CHL. I am extremely grateful to have the opportunity to learn and work with such an intelligent and driven group of staff and volunteers. Additionally having the opportunity to work alongside Kurtis Freter and be the first team in the WHL to have a full time training staff of two individuals well versed and sharing the roles Athletic Therapy, Strength and Conditioning and equipment management truly gives our players a huge advantage compared to other clubs.

What are your career goals? The goal is to still get to the NHL in a similar position I’m in now as the Director of Athletic Performance, Head Athletic Therapist and Strength & Conditioning.

What do you do in your spare time? My wife Kate and I along with my son Flynn and our dog Piper go on adventures together. I have a home gym so we all like to workout a lot and stay healthy. Being from Prince Rupert, fishing is in my blood. I worked as a fishing guide in university to help pay my way through school so I like to go fishing in the off season and go mountain biking and snowboarding as well.

What advice do you have for others looking to be in your position? I am super goal oriented and after I graduated and spent time gaining experience in the BCHL, I wanted a job in the WHL. Unfortunately, there wasn’t a lot out there at that time, so I had to step out of my comfort zone and go into a sport I didn’t know to much about when I got a job with the Pacific FC. It was challenging, but I grew a lot in those three months with the Club. I truly valued the experience and if it wasn’t for the Royals position, I would still be developing with the FC today.

My advice would be to really try and diversify while you’re in school. See other sports and injuries and your goal might change over time.