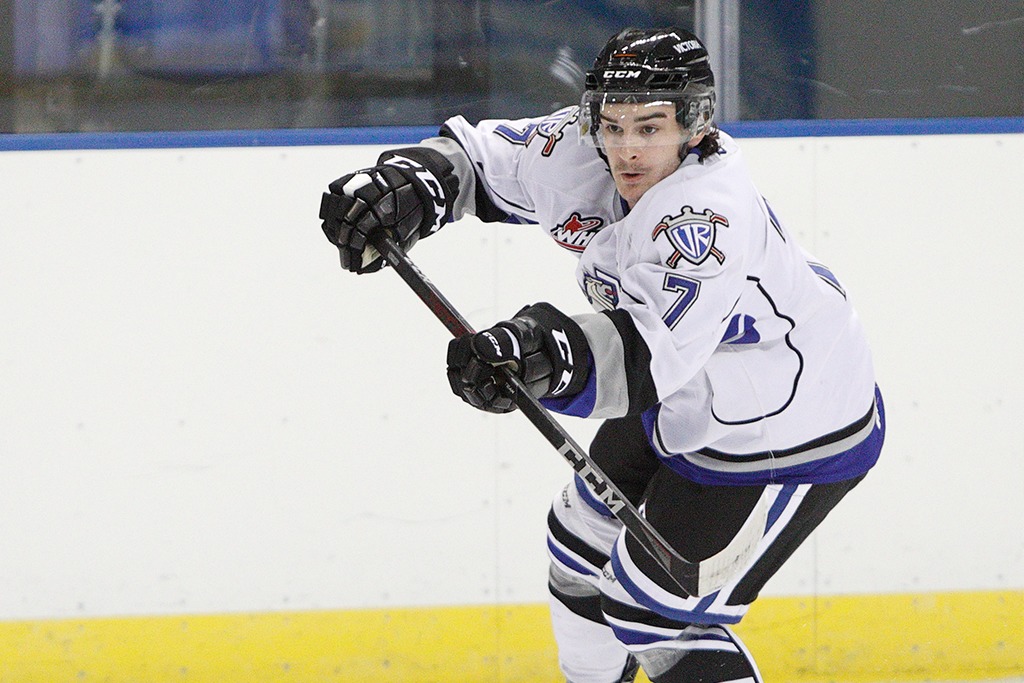 The Victoria Royals lost their first preseason game of the 2021-22 season against the Kelowna Rockets Friday night by a score of 7-3.

It was a tough first period for the visiting Royals, with Turner McMillen of the Rockets scoring the team’s first goal shorthanded 2:10 in, followed by goals by Max Graham at 3:04 and Dylan Whightman at 3:48. The Royals would get one in the first at 14:42 thanks to Abbotsford native Brayden Schuurman, but it would be followed shortly after by another Rocket goal by Gabriel Szturc a minute later.

The Royals went into the second period refreshed and looking to tie up the game. 16-year-old Reggie Newman got on the board first making it 4-2 late into the second. Scott Cousins of the Rockets tied it up a minute later leaving the game at 5-2 at the end of the second.

After a few minutes of play in the third, the Rockets scored their sixth goal from Andrew Cristall while GM and Head Coach Dan Price made the decision to swap about Sebastian Wraneschitz for newly signed goaltender Tyler Palmer. After eight minutes of play John Babcock bested Tyler Palmer to put the Rockets up 7-2. Schuurman scored his second of the game for the Royals to bring the game to a final score of 7-3.

The Royals and Rockets face off again Saturday night at 7:05 p.m. PT in Kelowna.