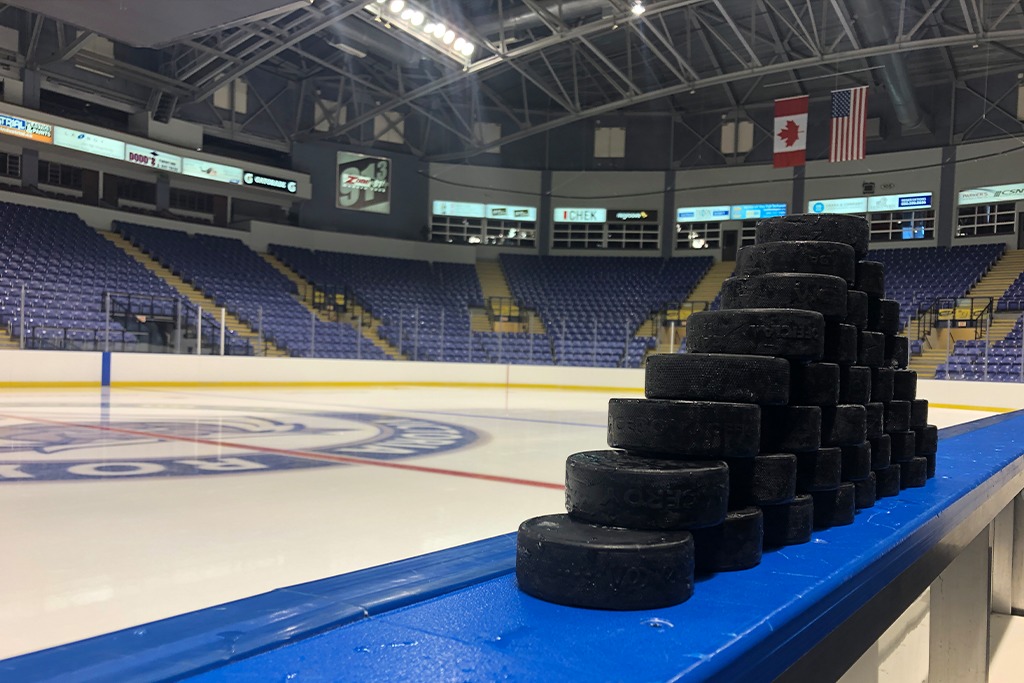 The Victoria Royals held the first of three rookie camp games yesterday, splitting the players into two teams named after notable Royals  alumni Griffen Outhouse and Tyler Soy. The rosters included both 2004 and 2005 born players from across Western Canada.

After two days consisting of fitness testing and practices, the players were eager to get on the ice and battle it out. Team Outhouse got on the board first with a goal from Reggie Newman in the first 30 seconds, with Team Soy tying it up at 13:30 with a goal from Alex Edwards. The two teams would go back and forth again with Brendan Ruskowski of Team Outhouse scoring a goal with seven minutes left in the first and Matthew Gillard of Team Soy at 18:00. Ruskowski scored another late in the second to give Team Outhouse the edge in the third.

With both teams playing hard, the third period was for the taking.  Connor Dick scored the first goal of the third to put Team Outhouse up 4-2 followed by two more from teammates Ashton Gallagher and Igor Zborovskiy. Team Soy couldn’t catch up with Team Outhouse who won the game with a score of 6-2.

Brown and Cunningham, goalies for the winning team, each allowed one goal and faced 23 shots combined. Ryan Cross and Jason Roth of Team Soy faced 30 shots on goal.