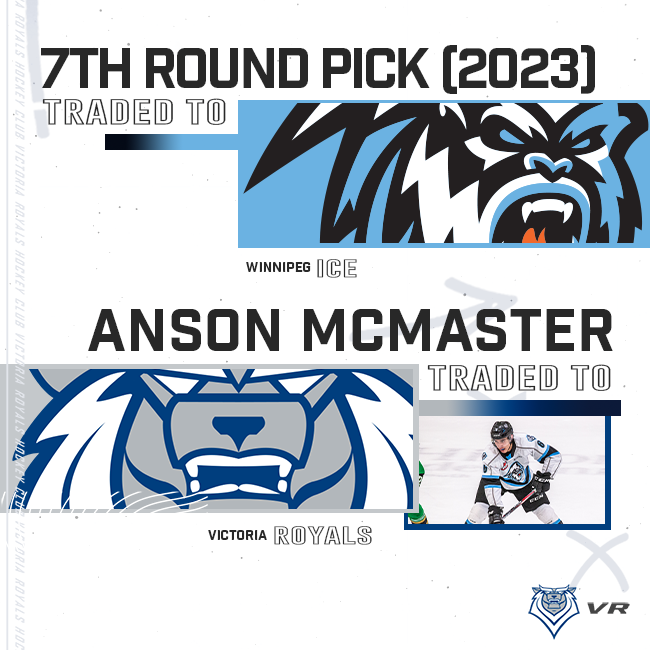 The Victoria Royals have acquired 2002-born defenceman Anson McMaster from the Winnipeg ICE for a conditional seventh round pick in the 2023 WHL Bantam Draft.

McMaster was drafted by the ICE in the 2017 draft and has been with the team for the last two seasons.  While with the club, the 6’6” two-hundred and ten-pound Alberta native played in 66 games scoring one goal, five assists and earned 29 penalty minutes. Prior to joining Winnipeg, McMaster was with the Okotoks Oilers U18 AAA of the Alberta Midget Hockey League (AMHL).

“Anson is a big, mobile defenseman with a strong work ethic and a heavy shot. We are excited to be able to add him to our defensive core,” Assistant GM and Associate Coach J.F. Best said of McMaster this morning.

The 19-year-old will travel to Victoria today and is scheduled to be in the lineup this evening against the Prince George Cougars.

To purchase tickets for tonight’s game, visit the Victoria Royals ticketing page or call the Select Your Ticket box office at 250-220-7777.