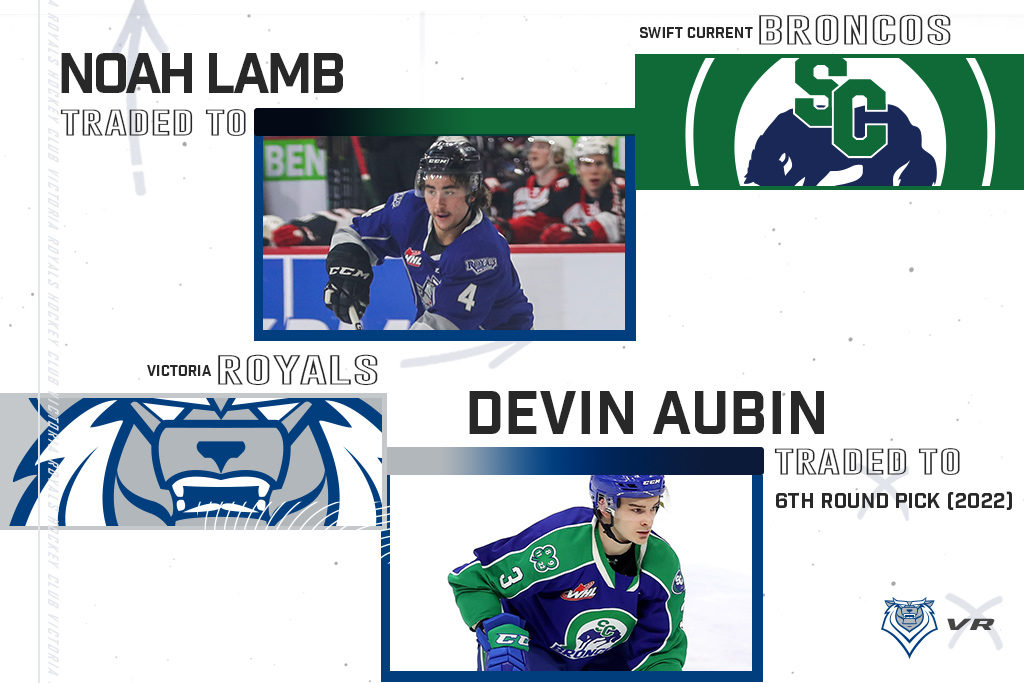 Victoria, BC – The Victoria Royals announced today that the team has acquired defenceman Devin Aubin (2003) and a sixth-round pick in the 2022 WHL Prospects Draft from the Swift Current Broncos in exchange for defenceman Noah Lamb (2002).

Aubin (5’8”, 161 lbs) spent last season with the Swift Current Broncos of the Western Hockey League (WHL) in the Subway East Division Hub in Regina.The Falher, Alberta native played in 21 games recording one goal and three assists. Prior to joining the Broncos, Aubin was with the Grand Prairie Storm U18 AAA of the Alberta Midget Hockey League (AMHL).

“Devin is a skilled puck mover and a highly competitive defender,” GM and Head Coach Dan Price said of the trade. “He has a great reputation as a leader and person of high character. For Noah, this is a great opportunity in Swift Current. We’re grateful for his contributions in Victoria and we wish him all the best with the Broncos.”

Lamb (5’10”, 174 lbs) joined the Royals in 2018, splitting his time between the Royals and the KC Pats U18 AAA of the AMHL. Last season, he played in six games in the RE/MAX Hub in Kelowna and had two assists.