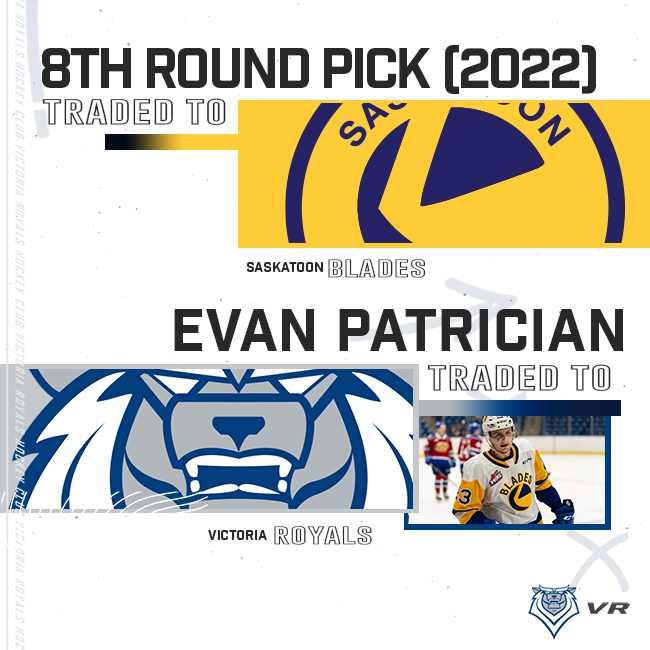 The Victoria Royals have acquired 2001-born forward Evan Patrician from the Saskatoon Blades for a conditional eighth round pick in the 2022 WHL Bantam Draft.

The 6’3” one-hundred-and-ninety-two-pound forward was originally drafted by the Vancouver Giants in the seventh round of the 2016 WHL Draft. Patrician spent two seasons with the Giants before he was dealt to the Blades during the 2019-20 season.  While with the Blades the Calgary native played in 42 games earning 12 points on six goals and six assists.

“Evan is a veteran two-way centre who is excellent in the face-off circle. He is a hard working, high character person. He can contribute in all areas of the game, both offensively and defensively, and his off-ice approach is tremendous,” said GM and Head Coach Dan Price. “We’re looking forward to getting to know him as a person and to get to getting on the ice with him.”

Patrician will join the lineup on Friday when the Royals take on the Rockets at the Save-on-Foods Memorial Centre at 7:05 p.m.

To catch Patrician in action, visit the Victoria Royals ticketing page or call the Select Your Ticket box office at 250-220-7777.