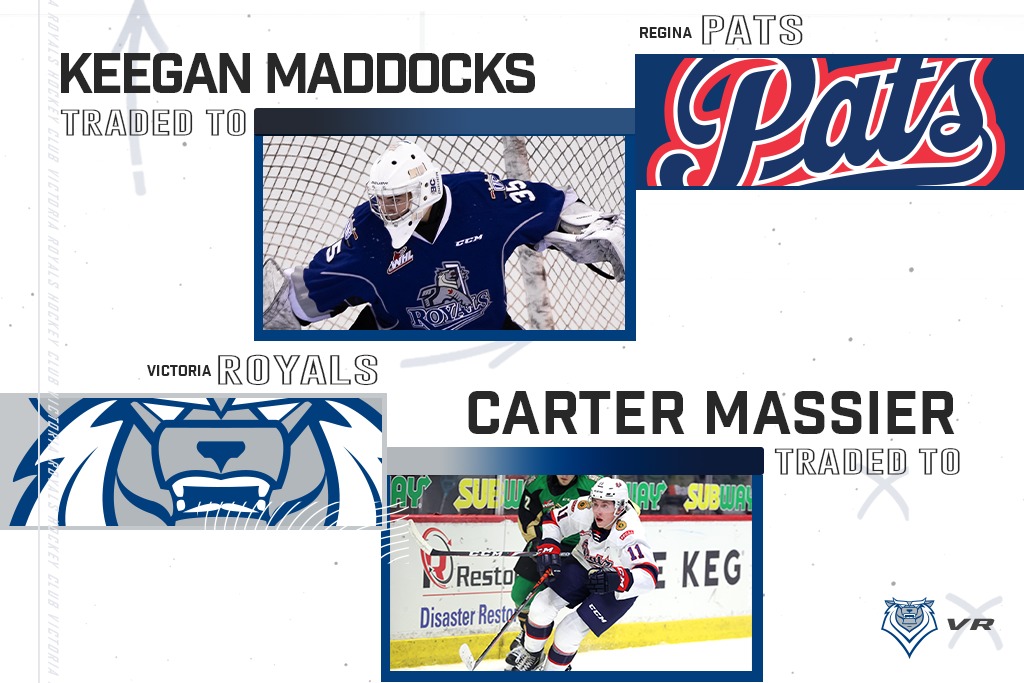 The Victoria Royals announced today that the team has acquired left winger Carter Massier (2001) from the Regina Pats in exchange for goalie Keegan Maddocks (2003).

Massier (6’1”, 176 lbs) competed in the Subway East Division Hub Centre last season recording 12 points (5g-7a) in 24 games. The native of Peace River, Alberta joins the Royals after spending three seasons in the WHL with the Pats.

“Carter is a versatile, veteran forward who contributes on both sides of the puck. He brings a combination of size and speed, and has a great nose for the net.” GM and Head Coach Dan Price said of the trade.  “Keegan has developed into a quality young goalie in the league, and is a great person and teammate. He has a bright future and we wish him all the best in Regina.”

Maddocks (6’0”, 161 lbs) joined the Royals in 2018, splitting his time between the Royals and the Delta Hockey Academy U18 Prep for two seasons. In 2020, the BC-native was with both the White Rock Whalers and the Royals where he played in three games for Victoria, recording a 3.31 GAA and 9.00 SV%.