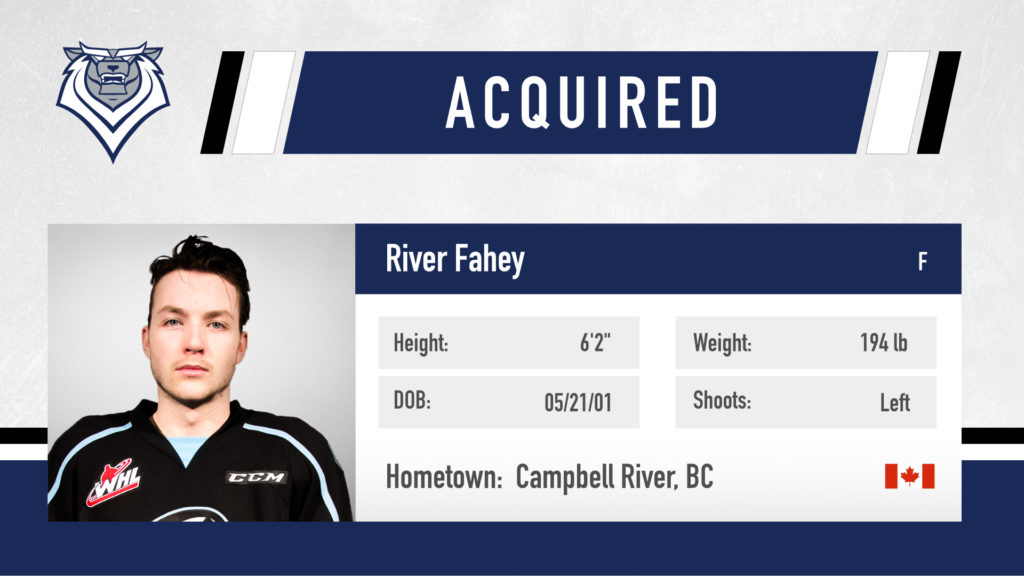 Victoria, BC – The Victoria Royals are pleased to announce that the club has acquired 2001-born forward and Campbell River, BC product River Fahey from the Winnipeg ICE in exchange for a conditional pick in the 2021 WHL Bantam Draft.

In 45 games split between the ICE and the Red Deer Rebels, Fahey recorded six points (2g-4a) and 36 penalty minutes. During the 2017-18 season, he registered a goal and two assists to go along with 12 minutes in penalties.

Prior to his time in the WHL, Fahey played for the North Island Silvertips (2017-18), and Greater Vancouver Canadians (2016-17) of the BC Major Midget Hockey League and the Victoria, BC based Pacific Coast Hockey Academy (PCHA) of the Canadian Sport School Hockey League (2016-17).