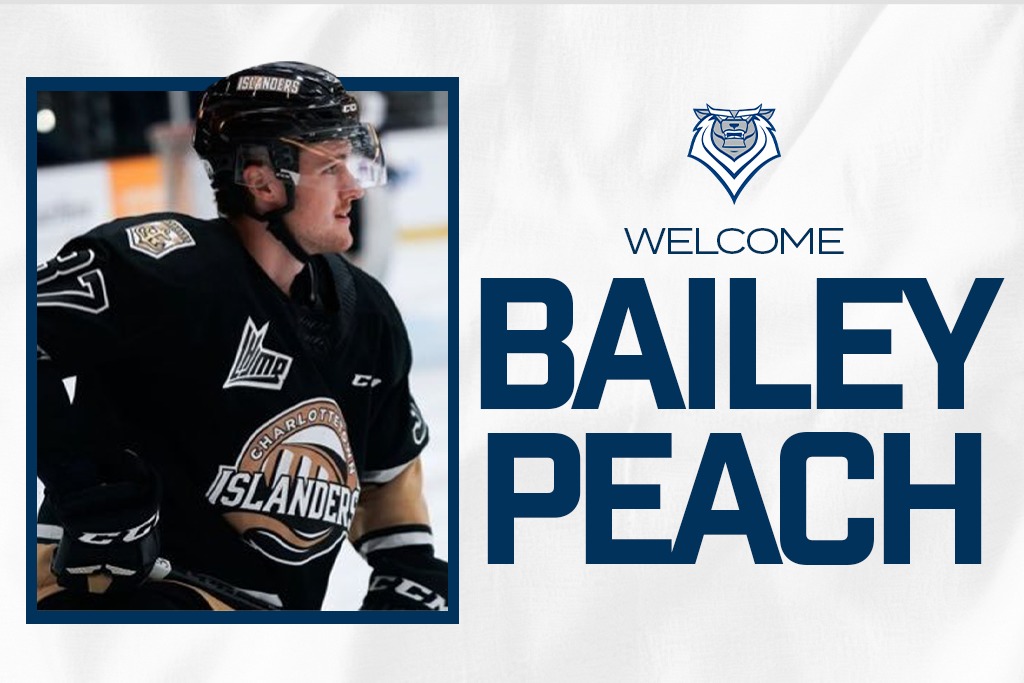 The Victoria Royals add a veteran presence to the team with the addition of left winger Bailey Peach.

Peach began the 2021-22 season with the Islanders but was able to join the Royals after being waived by the Charlottetown club last week. The forward joined the Royals on Thursday and got to meet his new teammates and coaches right away, something he was anxious to do.

“I’m looking forward to making new friends and being surrounded by a great group of hockey players in a top shelf organization,” the 20-year-old said. “To have the opportunity to go to the rink every day to work on our game in a fantastic facility with the team personnel – that’s awesome.”

“I can’t wait to meet the fans. They can expect me to bring a strong work ethic, positivity, high energy and passion to the team,” he said.

Dan Price, the GM and Head Coach of the Victoria Royals, agrees with Peach’s self-assessment.

“Bailey brings experience and a great understanding of the game. He is a hard-working player with excellent awareness. He moves very well, and he can both distribute and finish at high speed,” Price said of the team’s newest addition. “We’re happy to have him with us in Victoria. He fits in very well and we’re looking forward to working with him on and off the ice.”

“I’m excited for the opportunity to bring my game from Nova Scotia to British Columbia and bring some East Coast to the West,” Peach added.