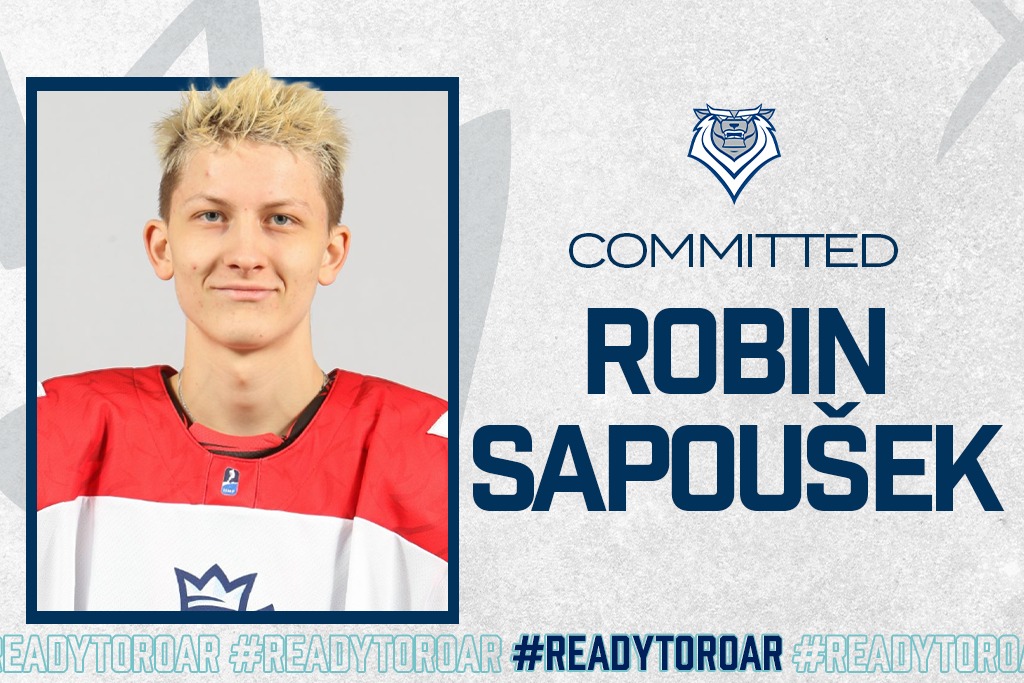 The 18-year-old has recorded 18 points in 11 games for HC Karlovy Vary U20 this season.

The Victoria Royals have announced the commitment of Czech-born forward Robin Sapousek to the hockey club.

The 18-year-old was selected by the club with the seventh overall pick in the first round of the 2022 CHL Import Draft, held in July.

“We’re thrilled to add Robin to the Royals organization and we’re grateful to HC Energie Karlovy Vary for their cooperation,” said General Manager and Head Coach Dan Price “We look forward to welcoming Robin to Victoria when he arrives in the coming weeks. He is a very versatile and committed forward who can play in all situations, and he plays the game at a high pace. His game is very well suited to the speed, strength and physicality of the WHL, and his pro experience in the Czech Extraliga will also be a great advantage for him in his transition.

The 2004-born forward has also made seven appearances this season at the professional level for HC Energie Karlovy Vary of the Czech Extraliga.

Sapousek has some experience playing at the international level as well, appearing in the past for Czechia’s U16, U17, and most recently for their U18 team at the Hlinka Gretzky Cup, where he helped secure a fourth place finish for the Czechs.

Sapousek will become the second import pick on the current roster, joining Rodovre, Denmark native Marcus Almquist, who was selected by the team in the 2020 CHL Import Draft. The precise date of Sapousek’s arrival in Victoria and his first game in a Royals uniform this season will be announced in the near future.