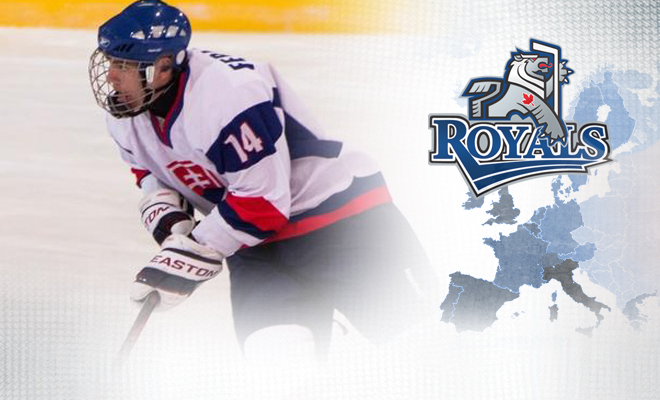 Victoria, BC – The Victoria Royals are pleased to announce that the club has signed forward Kristian Ferletak (FIR-LUH-TAK) to a Western Hockey League Standard Players’ Agreement.

The native of Trstena, Slovakia was selected by the Royals with the 54th overall pick of the 2014 Canadian Hockey League (CHL) Import Draft.

The 2012-13 season saw Ferletak suit up for HC Banska Bystrica U18 of the Slovakian Under-18 league and notch 27 points (6g-21a) along with 18 minutes in penalties in 27 games played. That same year, Ferletak appeared in 10 games with HC Banska Bystrica U20 where he recorded three points (1g-2a) and also skated at the 2013 World Under-17 Hockey Challenge for Slovakia where he notched one assist in five contests.

Season ticket packages for the 2014-15 season are on sale now! Call 250-220-7889, visit www.victoriaroyals.com, or head down to the Victoria Royals ticketing office at Save-On-Foods Memorial Centre for more information.