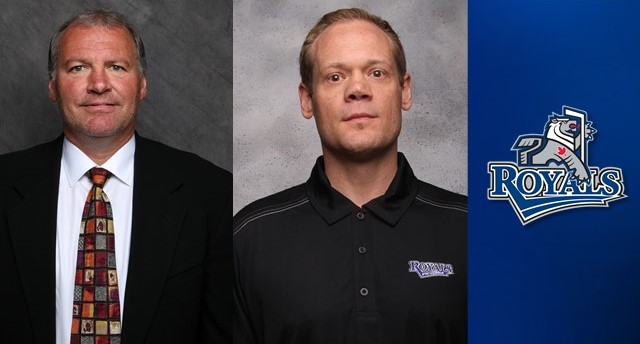 Victoria, BC- The Victoria Royals are proud to announce that Doug Bodger has accepted a role as a full time assistant coach with the organization, and that Ryan Guenter has been named the club’s new Head Scout.

The product of Chemanius, BC joined the Royals for the 2016-17 campaign as a part time assistant coach, and helped the club to a 37-29-5-1 mark as a member of the coaching staff along with Dave Lowry and Dan Price.

“We are extremely pleased that Doug is increasing his role within our coaching staff,” President and General Manager Cameron Hope said. “The experience and knowledge that he brings to our preparation, and to our bench, is a great benefit to our players.”

Prior to his time in Victoria, Bodger was an assistant coach for the Shawnigan Lake Bantam Prep Team of the Canadian Sport School Hockey League during the 2015-16 campaign. Bodger also served as an assistant coach with the British Columbia Hockey League’s Cowichan Capitals for two seasons (2003-04 & 2005-06) and helped the club earn a 63-41-9-4 record that included an Island Division Championship in 2003-04.

Previous to his time in the NHL, Bodger played two seasons in the Western Hockey League (WHL) with the Kamloops Junior Oilers. In 142 contests, Bodger tallied 190 points (47g-143a) and was named to the WHL Second All-Star Team in 1983 and WHL West First All-Star Team in 1984. During the 1983-84 campaign, Bodger helped guide his team to a league best 100 points (50-22-0) as the Junior Oilers captured the WHL Championship and finished third in the Memorial Cup. In his junior career, Bodger played in 24 WHL playoff games and amassed 22 points (2g-20a).

Guenter has been a member of the Royals/Chilliwack Bruins franchise since 2009, and most recently served as the team’s Senior Regional Scout for Alberta.

“Ryan has been with this franchise for eight years, and he is uniquely committed to the complex job of scouting and talent identification,” Hope said. “His passion for the game, dedication, and thoughtful approach to our scouting process make him a great fit for this role.”

During his time at the University of Lethbridge (1998-2003), Guenter played in 117 games for the men’s hockey team where he collected 26 points (12g-14a) to go along with 179 penalty minutes. Guenter was also a member of Team Alberta’s baseball team at the 1997 Canada Summer Games and captured the bronze medal.

Guenter will be supported by Senior Regional Scouts Garry Pochipinski (East) and Ed Fowler (West), who have been extended in their roles, to help oversee and direct the Royals’ scouting staff.