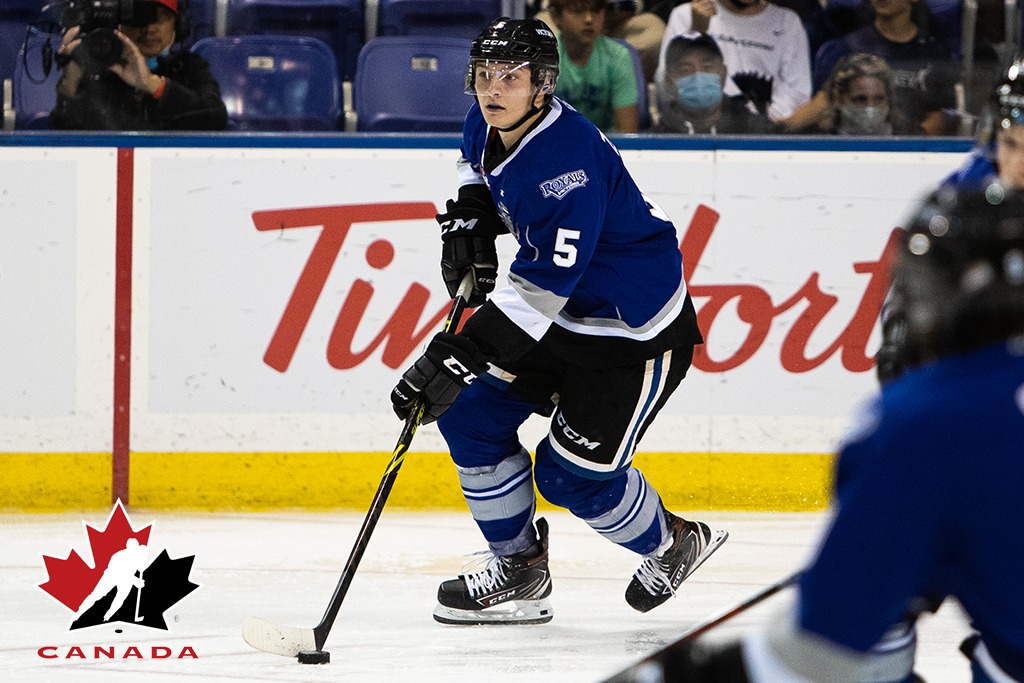 The event will be held in Edmonton and Red Deer, AB from July 31 to Aug. 6.

The 17-year-old blueliner impressed in his first full season as a member of the Royals’ roster, appearing in 38 games, the majority of which came as the club made a push towards the playoffs in the final two months of the 2021-2022 season.

“Getting an invite to this camp is super exciting and I am very honoured to even have an opportunity to go,” said Zemlak. “Representing Canada would be a dream come true. I always watch the World Juniors at Christmas or the U18s during the summer. It has always been a dream of mine to have the opportunity to represent my country. I am looking forward to meeting guys from all over Canada and competing against the top players in Canada.

Zemlak was drafted by Victoria with the ninth overall pick in the first round of the 2019 WHL Prospects Draft. He would appear in three games for the team as an affiliate during the 2020-2021 season before joining the Royals roster full-time following training camp last summer.

Prior to his time with the Royals, the Fort McMurray, AB product was a standout for the OHA Edmonton U15 Prep team, serving as the team’s captain during the 2019-2020 season before being selected by Victoria in the WHL Draft.

“We’re extremely proud of Austin for this well-deserved opportunity to compete for a spot on Canada’s U18 team,” said General Manager and Head Coach Dan Price. “He has always been exemplary in his preparation and commitment both on and off the ice. There’s no doubt that his work ethic, tenacity and versatility will be very evident every step of the way throughout this process. We wish him every success and look forward to supporting him however we can.”

The Hlinka Gretzky Cup remains one of the top showcases for future NHL prospects around the world, with 12 players on team Canada’s 2019 roster being selected in the first round of the 2020 Entry Draft.