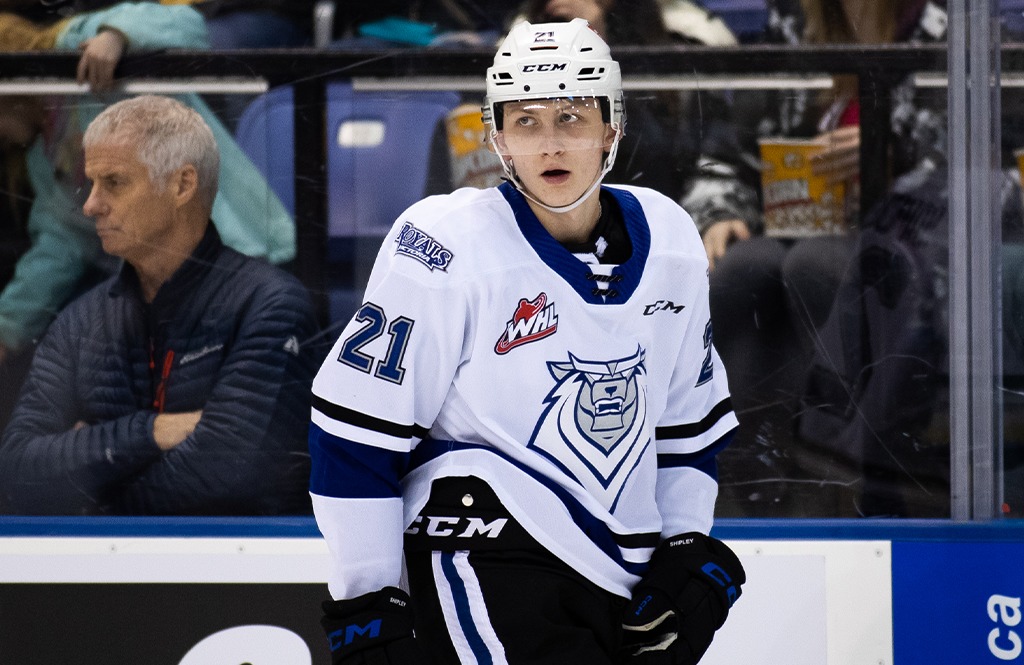 Victoria has won four of five coming into the week

The Victoria Royals will begin a four game road trip with a matchup against the Tri-City Americans in Kennewick, WA this Wednesday night.

Victoria (12-25-3-1) has been one of the hottest teams in the league since the new year began, winning four of their last five contests and pulling within one point of a playoff spot following a sweep of the Kelowna Rockets over the weekend.

“We know that the work is far from done,” said Kilmchuk after practice on Monday. “There’s a lot of hockey left and we’re by no means where we want to be in the standings. But we have definitely taken steps as a group and it’s important to recognize that.”

“Staying positive, sticking together as a team and doing everything for the right reasons is going to allow us to continue to have that success,” added Klimchuck.

Forward Jake Poole has been a large factor in the team’s recent turn-around, recording 16 points on six goals and 10 assists over his last 10 contests to bring his season totals to a team-high 44 points (22 goals, 22 assists) in 39 games this season.

The 20-year-old believes taking a team-first approach has played a large part in his success this year:

“I’m just trying to get up for these games, trying to help the team win, because we need to make the playoffs,” said Poole. “I’m trying to bring my best every game and help my team win. That and I’m playing with some really good players always helps.”

Another Royal enjoying a successful new year is starting netminder Braden Holt, who was named the WHL Goaltender of the Week after two wins including a shutout against Kelowna over the weekend.

The 19-year-old has been lights out for the team since arriving by way of trade from Everett last month, posting a 5-0-0-1 record with two shutouts, a 1.81 goals against average (GAA) and a .943 save percentage (SV%) in six appearances.

Wednesday will mark the fourth and final meeting between Victoria and Tri-City this year, all of which have come within the last five weeks.

The Royals currently hold the edge in the season series, winning two of the three matchups. However, the Americans won the most recent matchup, a 6-4 victory in Kennewick back on Jan. 7.

Tri-City (18-16-3-1) boasts one of the top scoring offences in the league, ranking fifth among all Western Conference teams with 149 goals for this season.

However, despite their collection of high-flying forwards, the Americans are currently the only team with a defenceman–Lukas Dragicevic–as their leading-scorer on the season.

The 17-year-old has proved to be one of the premier puck-movers in the WHL, collecting 37 assists on the season, which ranks tied for third in the WHL. .

Additionally, with nine goals on the year, the Richmond, BC product tops all defencemen with 46 total points, showing an aptitude for finding the back of the net to go along with his skills as a passer.

The Americans were without Suchanek’s services for the first three meetings with the Royals this season as he was away attending the World Junior Championships where he helped backstop Team Czechia to a silver medal.

Puck drop for the game is set for 7:05 pm on Wednesday, Jan 18 at the Toyota Center in Kennewick, WA.