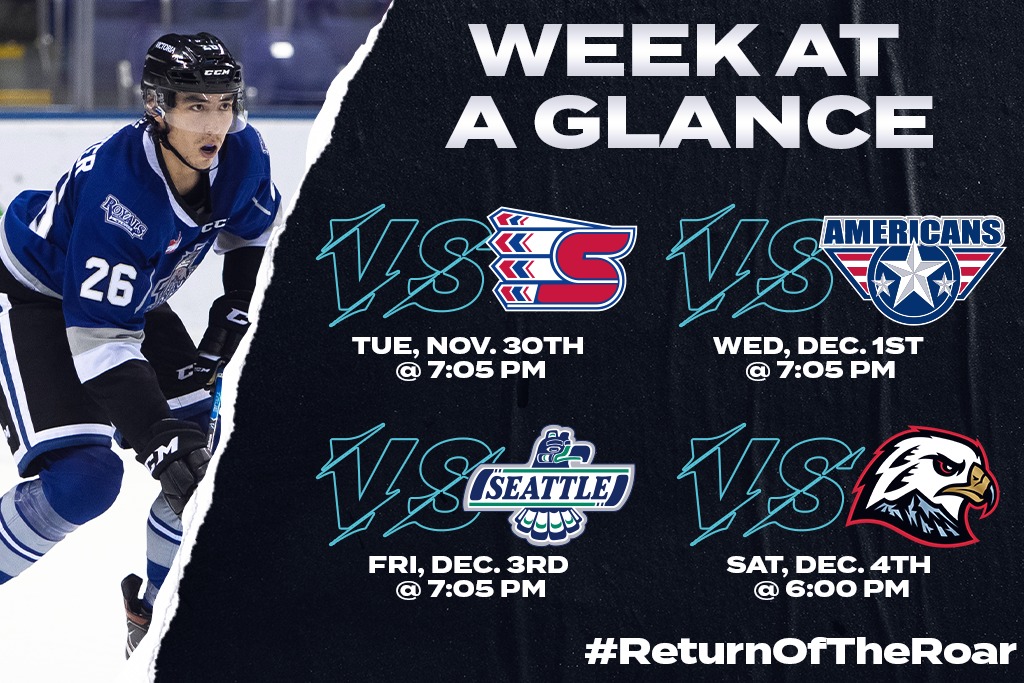 The Victoria Royals have headed south of the border to take on the four U.S. division teams for the first time since the 2019-2020 season.

Starting with the Spokane Chiefs on Tuesday, Victoria will play four-games in five days in the U.S. Pacific Northwest. This is the first time the Royals will face Spokane this year after their series in November was rescheduled.

The game against the Chiefs will be a special night for goaltender Campbell Arnold who had been with Spokane since 2017 before joining the Royals. The Nanaimo native was traded to the team in October for a Royals third round pick in the 2023 WHL Bantam draft.  Both Tyler Palmer and Devin Aubin are also connected to the Chiefs having both been drafted in the in 2018 WHL Bantam Draft by Spokane.

On Wednesday, Victoria will be in Kennewick, Washington to play the Tri-City Americans before visiting the Seattle Thunderbirds on Friday and the Portland Winterhawks on Saturday.

The next Royals home game is December 11th against the Vancouver Giants for the Royals inaugural Lighthouse Island Bowl igniting the rivalry between the two teams on the eve of the CFL Grey Cup. Visit the Victoria Royals ticketing page or call the Select Your Ticket box office at 250-220-7777.