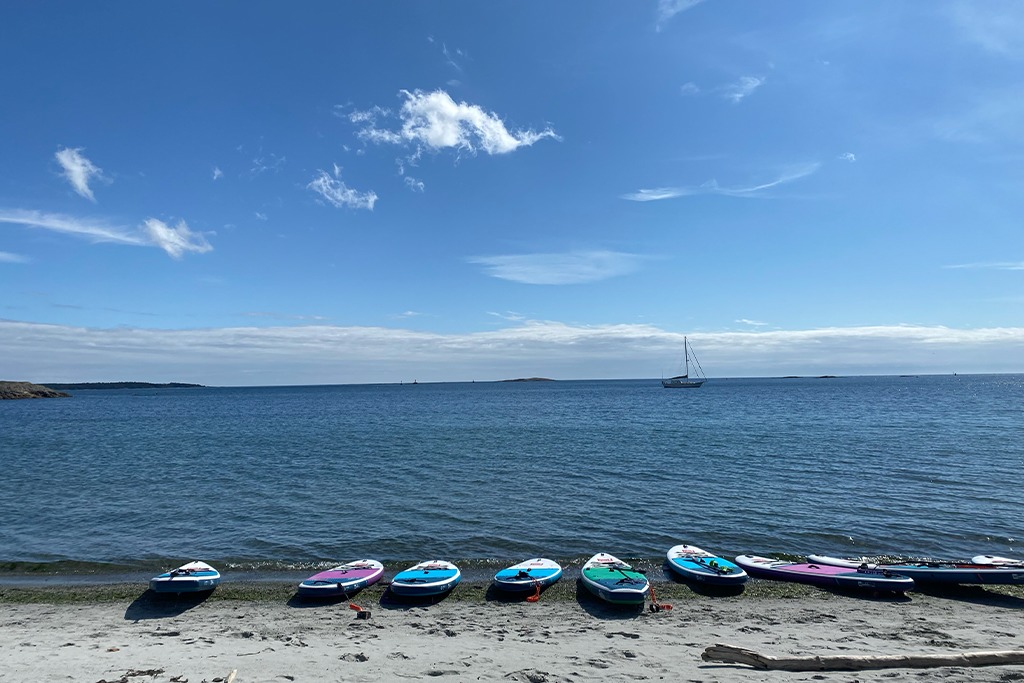 After a weekend of paddle boarding, cooking, relay races and activities, the Victoria Royals are ready for anything that comes their way.  The 30 skaters spent three days together participating in a series of team building events and activities that helped strengthen bonds and build memories for the upcoming season.

The weekend started off with a night replicating hit shows Master Chef and Shark Tank where four teams went head-to-head to see who could impress the judges the most. To begin, two teams faced off in the kitchen to see who would make the best Chicken Parmesan while the other two teams got down to business to pitch their ideas. After two hours the groups switched, and each team got to try their hand at the other activity. Not surprisingly, there were fantastic chefs and entrepreneurs in every group leaving the judges with tough decisions.

The next day, the teams were broken down into six groups for the morning and headed to different stations around town. Every group would play each other in a hockey relay race at the beach, take turns hitting targets at the driving range and battle to see who would win a game of giant Jenga. Later that afternoon, the teams were divided into four groups to see who could build the tallest fettuccini tower, that had to feature a hockey puck, fettuccini and hockey tape. After an hour, the four teams displayed their towers with winning team recording the tallest tower at 37 inches.

“It was a great weekend,” said veteran Graeme Bryks. “My favourite was the Master Chef activity because I consider myself a great chef, but it was a lot of fun. There were some really creative activities and fun memories came from it. I want to say thanks to the staff for putting the weekend together and the people at South Island SUP for an awesome day on the paddle boards.”

For the final team building day, the team head to Oak Bay to visit South Island SUP, a local paddle boarding company. South Island Sup has been providing lessons, tours and organized team events and races around Vancouver Island since 2014 with no signs of slowing down.

“We’ve had a great year and have been busier than ever unlike some businesses during COVID. We keep a social distance, we’re on the water and everyone has a great time,” Owner and Instructor Brian Raymer said. “This is one of the biggest groups I’ve ever had, certainly the only group that’s ever been all male. A lot of them we’re fantastic, especially for the first time out there, these guys were great!”

“The team building weekend was tons of fun for the guys. We were confident going into this season that we had a really good group on the ice, but after spending three days together away from the rink, we now know that we have a great group of quality people,” said Assistant GM and Associate Coach JF Best. “It’s clear to the staff that our new players really came out of their shells and the entire group has really begun to gel.”

The weekend closed out with a team dinner, giving the boys the chance to rest and prepare for a hard week of practice before the first pre-season game on Friday against Kelowna. The Royals play the Rockets again on Saturday before they face off against Prince George on Friday at home for the first preseason game at home in five years.