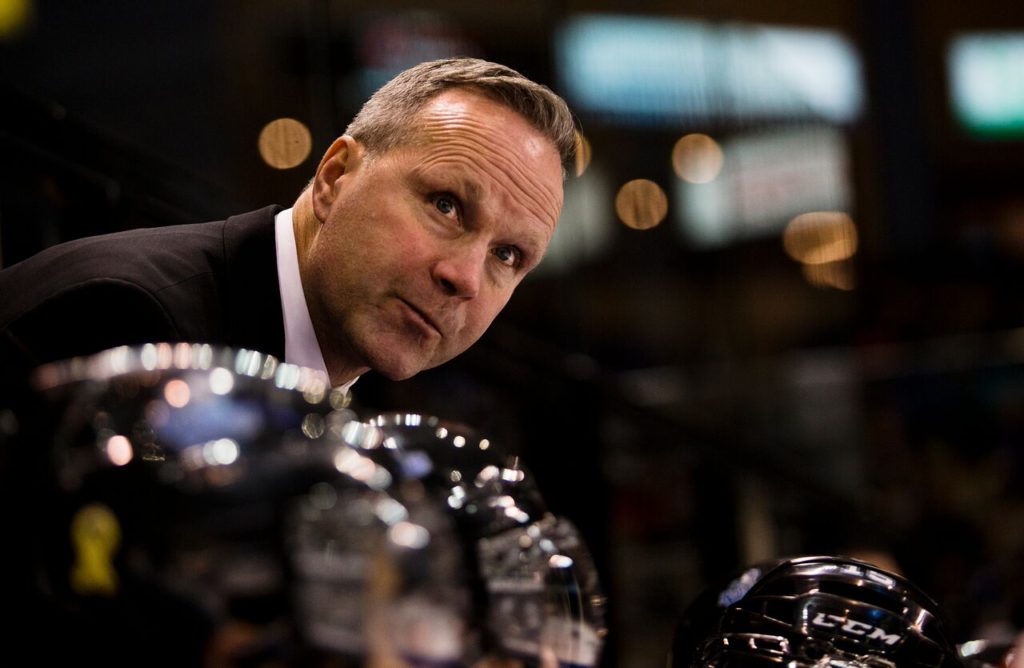 Victoria, BC- The Victoria Royals are proud to announce that Dave Lowry has accepted an assistant coach position with the National Hockey League’s (NHL) Los Angeles Kings.

Lowry spent five seasons in Victoria (2012-13 thru 2016-17). He departs as the franchise’s all-time winningest coach, amassing a regular season record of 199-112-13-9. The Royals qualified for the playoffs every year under Lowry’s leadership, setting the franchise record with 21 playoff victories.

“We are thankful for the time that Dave was behind the bench for our club,” President and General Manager Cameron Hope said. “It was just a matter of time before he moved back to the NHL. Dave set a high standard and was an important part of building our program to where it is today. We thank the entire Lowry family for their commitment to our franchise, and wish Dave success as he takes another in his career.”

While with the Royals, Lowry was honoured twice (2013-14 & 2015-16) with the Dunc McCallum Memorial Trophy as the league’s Coach of the Year. He is only the 11th head coach in WHL history to have won the award two or more times.

Twice during his time with the Royals, Lowry earned the opportunity to bring his expertise to the coaching staff for Hockey Canada’s World Junior Team. As an assistant coach in 2015 Dave helped Canada earn a gold medal, and in 2016 he was named head coach of the team.

“A goal of our franchise is to provide a platform for players, coaches and staff to advance in their careers,” Hope said. “The process of securing a head coach who can pick up where Dave left off has already begun.”