ROYALS COME UP SHORT AGAINST GIANTS 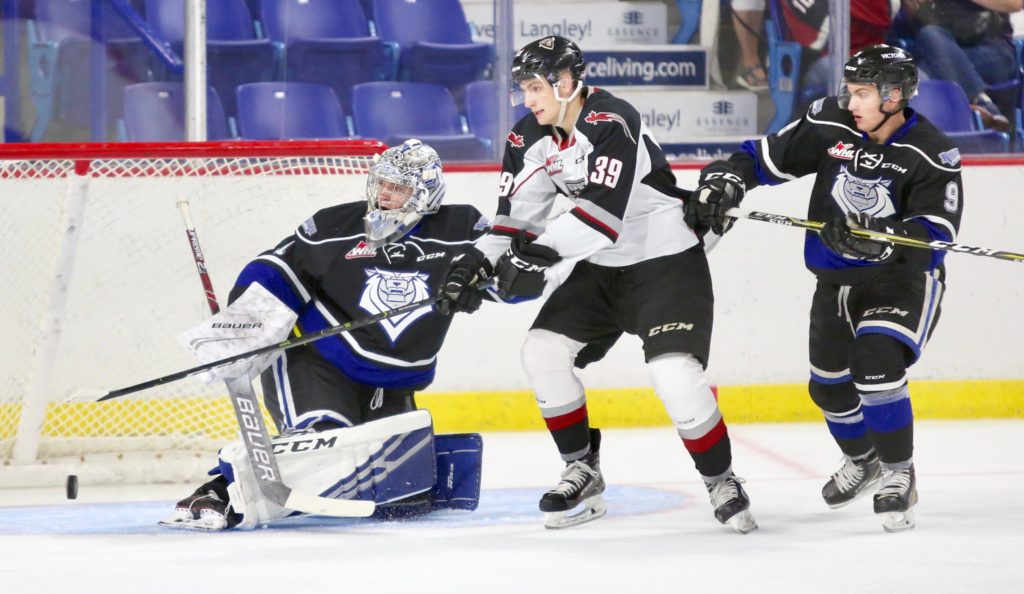 Langley, BC – The Victoria Royals were defeated by the Vancouver Giants, by a score of 3-2, in their first game of the Giants’ Pre-Season Tournament at the Langley Events Centre.

Mixing it Up: Victoria went with a mixture of youth and experience in their line-up as they dressed 12 veterans and eight rookies. Meanwhile the Giants went with 13 rookies and seven veterans.

Royal Debuts: Royals’ 20-year-olds Will Warm, Gary Haden and Shane Farkas, along with newly aquired Graeme Bryks, played in the their first game in a Victoria jersey. The contest tonight also marked the first game of the pre-season for Warm, Haden and Farkas.

Local Products: The Royals’ had a pair of Langley, BC products in their line-up tonight in 19-year-old forward Sean Gulka and 2003-born rookie goaltender Keegan Maddocks.