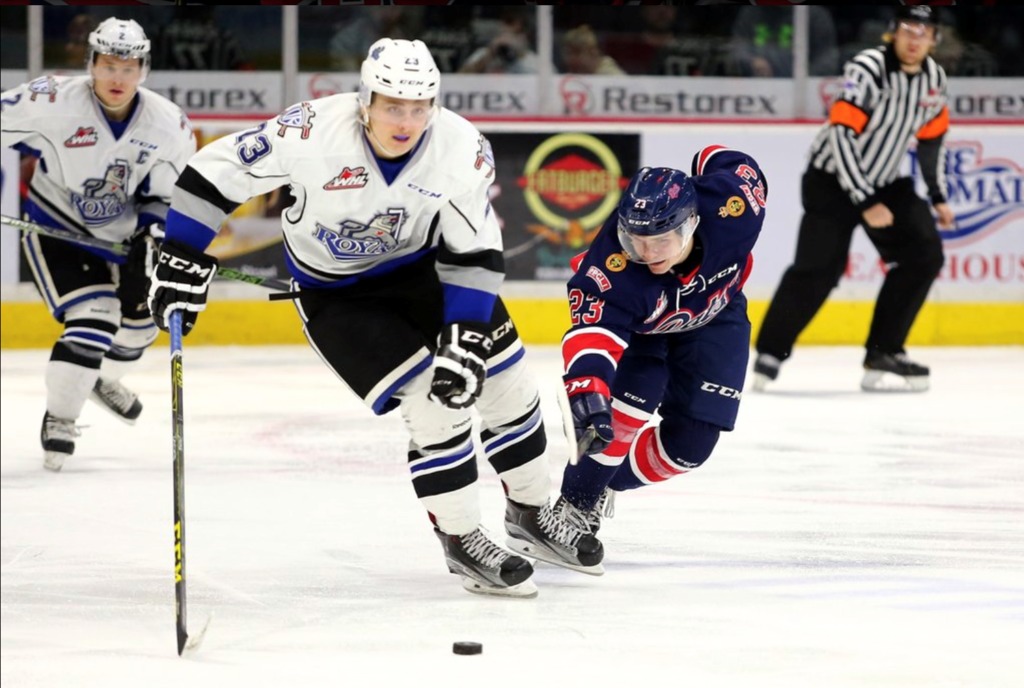 Regina, SK- The Victoria Royals scored two goals in each of the game’s three periods on their way to a 6-1 victory over the Regina Pats on Saturday night.
The Royals, who went 6-0-0-0 on their Eastern Conference road swing, currently sit in first place in the Western Hockey League with a record of 14-5-0-1.

Victoria’s Jack Walker scored his first of two goals on the night, which was the game-winner, late in the first period. The Royals’ Tyler Thompson recorded a marker in each of the final two frames for his first two career WHL goals. Victoria’s Jared Dmytriw tallied the game’s first goal in the opening stanza. The Royals other marker was notched by Matthew Phillips. The Pats’ lone goal scorer was Jared Freadrich.

The Royals’ Phillips and Tyler Soy both extended their scoring streaks to four games. Phillips has collected seven points (4g-3a), while Soy has tallied three goals and an assist over Victoria’s past four contests.

Victoria netminder Griffen Outhouse made 22 saves on the 23 shots directed his way. Regina started goaltender Tyler Brown who stopped 6 of 9 shots, before he was relieved by Jordan Hollett in the second period. Hollett turned aside 26 of the 29 shots he faced the rest of the way.

The Royals are five years strong, and are celebrating with a Five Game Fan Pack that highlights four big nights on the 2015-16 schedule, plus a game of your choice. Starting at just $60, the ticket pack guarantees your seat to Turn Back the Clock Night, Teddy Bear Toss, Pink in the Rink, Fan Appreciation Night and a game that you choose. These ticket packs also includes a Royals hat, puck, and team program. Pick your seats today by calling 250-220-7889 or emailing tickets@victoriaroyals.com. 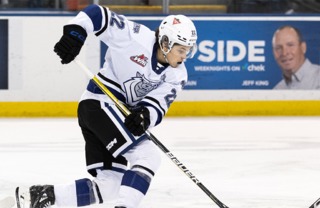 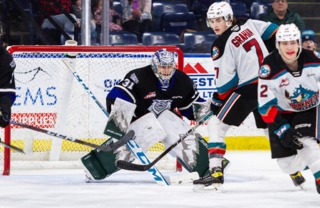