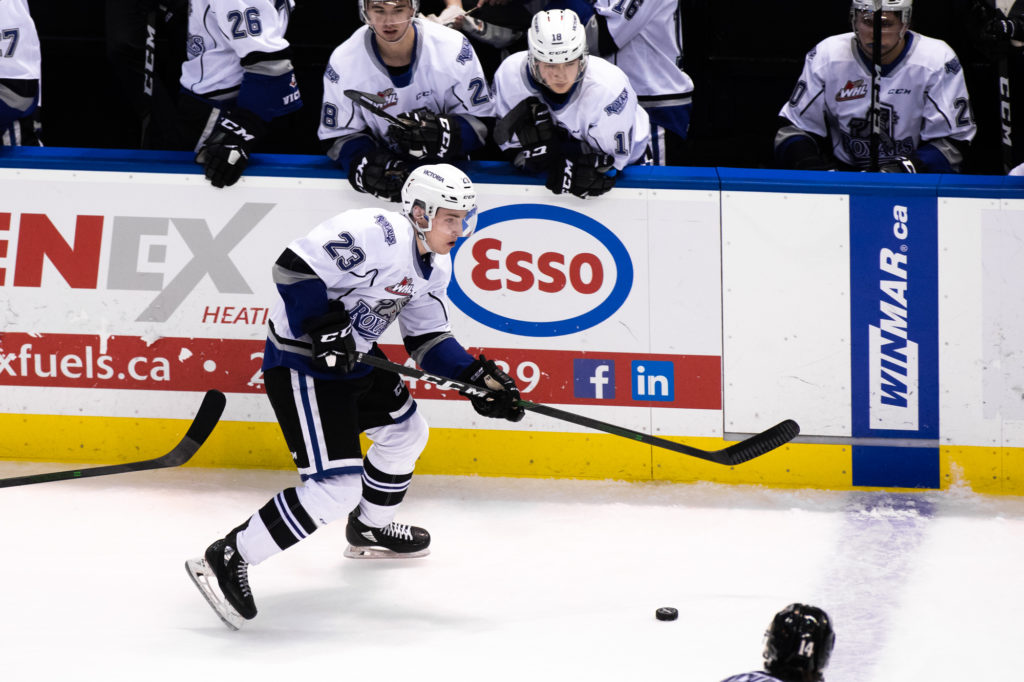 Victoria, BC – The Victoria Royals lost 6-2 to the Vancouver Giants on Saturday night at the Save-On-Foods Memorial Centre.

Scoring First: In four of the six meetings against the Giants this season, including tonight, the Royals have scored the opening goal. Victoria holds a record of 16-3-3-0 when they score first. Forward Tarun Fizer leads the team in first goals with three.

Lone Goal: In six meetings this season against the Vancouver Giants, the Royals have gone 3-3-0-0. Tonight’s game marked the first time in their season series that the losing team has scored more than one goal.

Up Next: Victoria departs on a six game, 13-day Eastern Division road trip where they will travel over 5,500 kilometres. Their first contest of the road is against the Brandon Wheat Kings on Friday, January 24th. Puck drop is at 5:00 p.m. Pacific Standard Time.

Next Home Game: The Royals return home on Friday, February 7th and Saturday, February 8th for a two-game set against the Kamloops Blazers. Friday’s contest is Eco Night. Puck drop for both games is at 7:05pm. Tickets can be purchased in person at the Select Your Tickets box office, over the phone by calling 250-220-7777, or online at www.selectyourtickets.com.