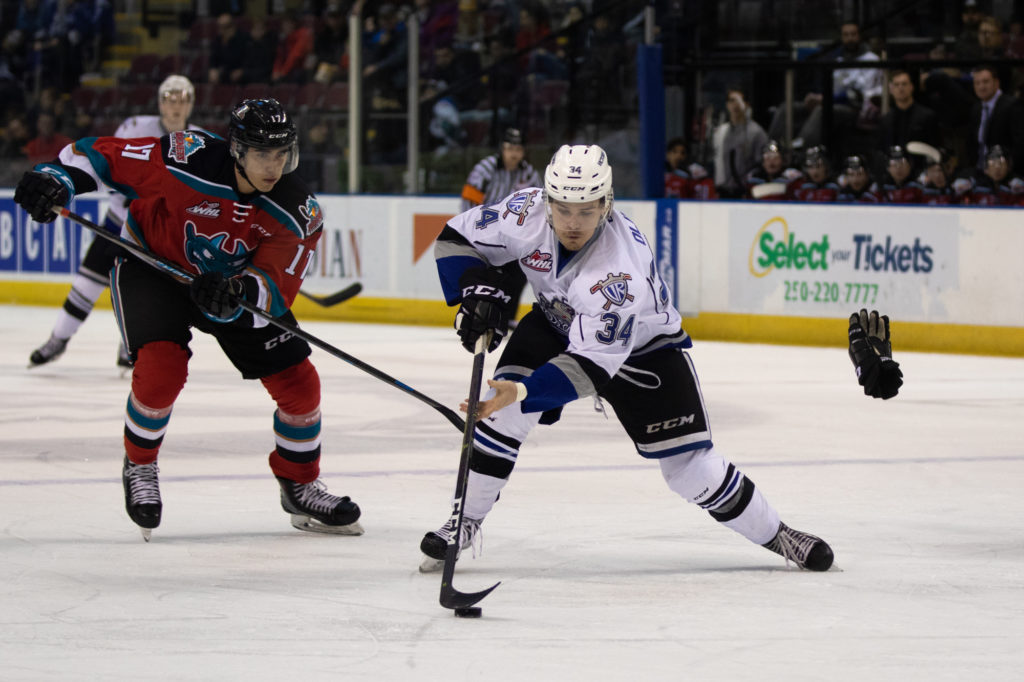 Victoria, BC – The Victoria Royals fell 5-2 to the Kelowna Rockets on Monday afternoon at the Save-On-Foods Memorial Centre.

Back at the Barn: With tonight’s loss, the Victoria Royals now hold a record of 5-1-0-0 in their first game of a homestand this season. Since moving to Victoria in the 2011-12 campaign, the club is 23-12-1-1 when their first game at home after a road trip comes against a team from the BC Division.

Monday Matchups: This afternoon’s contest against the Kelowna Rockets marked just the second game this season that the Royals have played on a Monday. The other contest came on New-Year’s-Eve, when the Royals defeated the Kootenay ICE 4-3 in overtime.

Kelowna Recap: Tomorrow night’s contest will be the last time the Victoria Royals face the Kelowna Rockets in the regular season. In their seven meetings, the Royals have gone 2-5-0-0 against their BC Division rival.

Coming Up: Victoria finishes up their two-game set against the Kelowna Rockets tomorrow night at 7:05p.m. Tickets can be purchased in person at the Select Your Tickets box office, over the phone by calling 250-220-7777, or online at www.selectyourtickets.com.