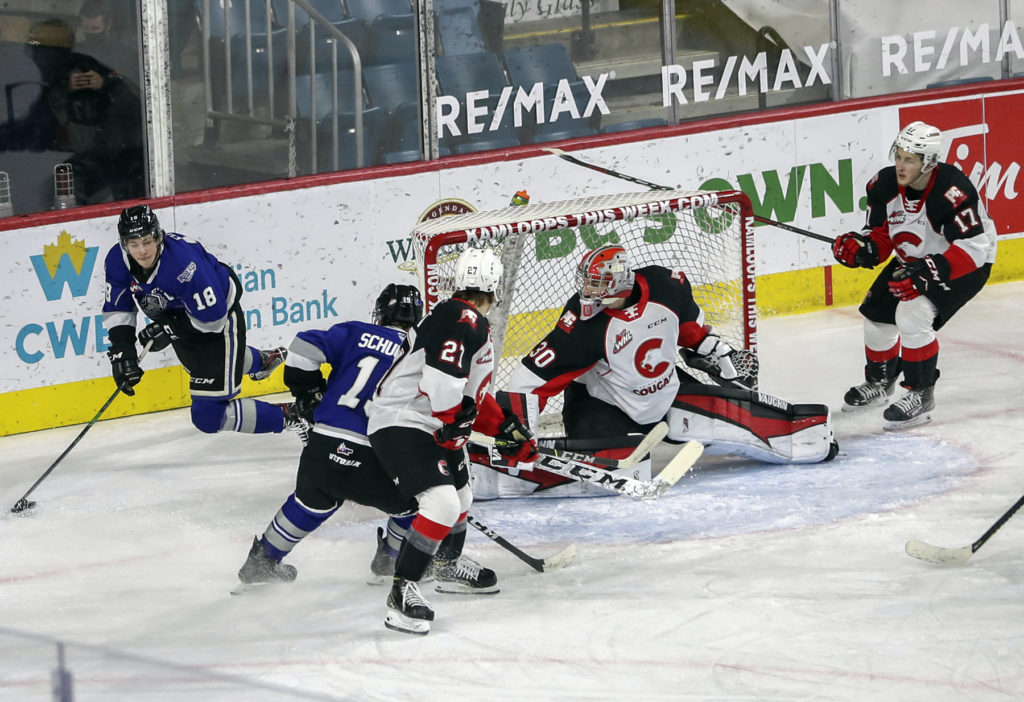 Victoria notches a 3-2 win over Prince George in OT!

Kamloops, BC – An overtime goal by the Royals’ Brayden Tracey propelled Victoria to a 3-2 win over the Prince George Cougars on Tuesday night from the RE/MAX Hub in Kamloops. It was the Royals first win of the season. Tracey led the way with a three point night (2g-1a) and Connor Martin was solid between the pipes for Victoria with 43 saves.

SEEMS LIKE YESTERDAY – The Royals hit the win column tonight for the first time in 391 days. Victoria’s last win came on March 11, 2020 in their final game before the season was cancelled due to the COVID-19 pandemic. It was also a 3-2 Royals win, but in regulation time.

FIRST IN THE DUB – Gannon Laroque scored his first WHL goal this evening when he fired a wrist shot past Cougars’ goaltender Tyler Brennan. The 17-year-old defenceman lit the lamp in his seventh career WHL game. Goaltender Connor Martin earned his first win in the Western Hockey League tonight as well. Martin stopped 43 shots and was named the game’s third star.

PENALTY KILLING IT – The Royals have faced some adversity on the penalty kill this year. Coming into tonight’s contest they were a league low 61.1% on the kill, but the team climbed up the ranks by stopping Prince George on all three of their power plays chances. It was the first time this season that the Royals did not allow a power play goal.

Next Game: The Royals welcome the Vancouver Giants to the RE/MAX HUB at Prospera Place in Kelowna tomorrow night. Puck drop at 7:05 p.m. Catch all the action on CHL TV or join Marlon Martens live on The Zone @ 91.3. 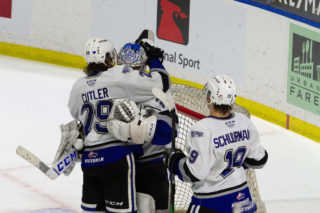 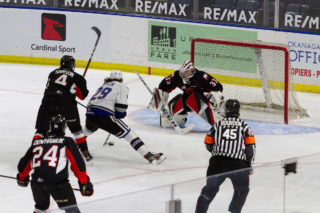 ROYALS TAKE DOWN COUGARS
10 hours ago 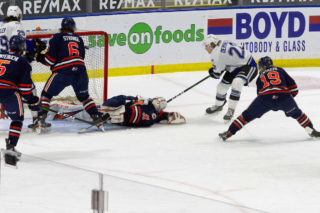 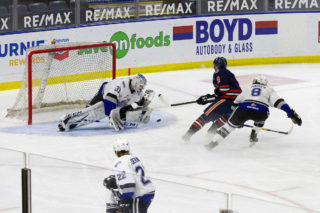 ROYALS CROWNED BY BLAZERS
2 days ago 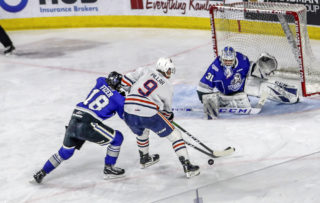 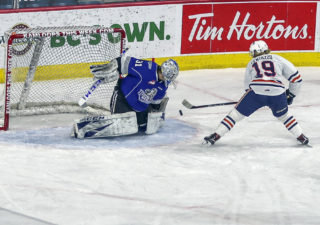