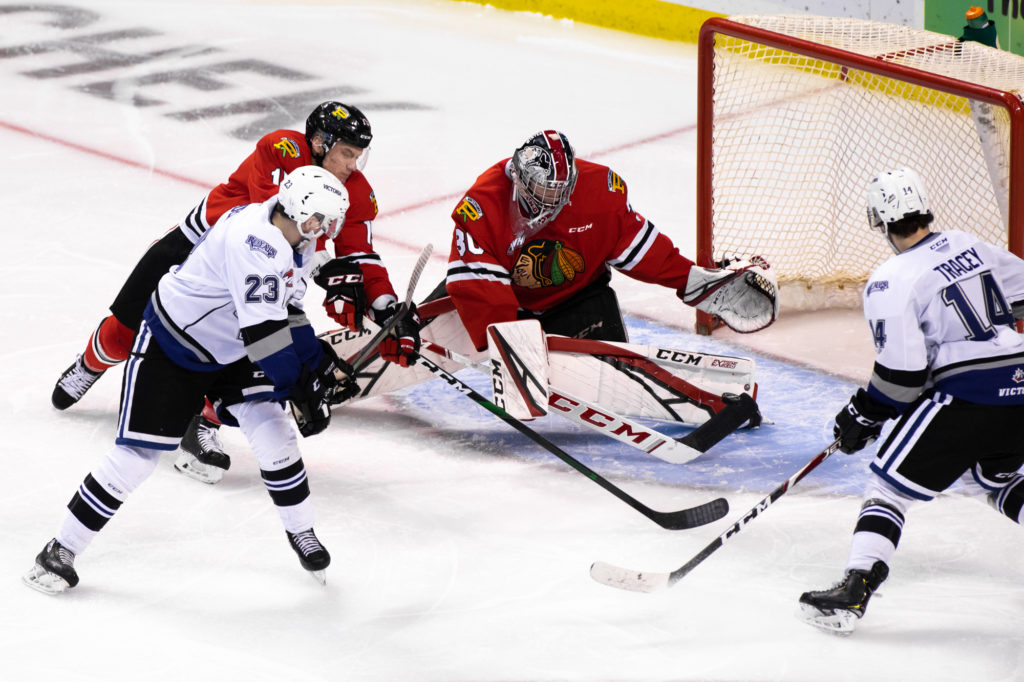 Victoria, BC – The Victoria Royals earned three out of a possible four points in their weekend set against the Western Conference leading Portland Winterhawks as the club fell 6-5 in overtime at Save-On-Foods Memorial Centre.

Powerplay Prowess: For the first time this season, the Royals scored three goals on the man advantage. Kaid Oliver scored his team leading sixth powerplay goal for the Royals. The last time Victoria scored three powerplay goals in a game was in a 4-3 win against the Kelowna Rockets on October 5th, 2018.

First Point: Royals’ forward Riley Gannon registered his first point in the WHL tonight with the primary assist on Keanu Derungs’ 10th goal of the season. Gannon, the product of Nanaimo, BC, has played 29 games with Victoria this season after being acquired and signed by the club prior to the start of this season.

Royal Beginnings: Victoria goaltender Adam Evanoff played in his first game for the Royals tonight. The 19-year old netminder was acquired along with forward Brayden Tracey from the Moose Jaw Warriors on Thursday.

Swiss Connection: Prior to their time in the WHL, Royals’ forward Keanu Derungs and Winterhawks’ winger Simon Knak spent time as teammates with the Kloten Flyers Under-15, Under-17 and Under-20 teams of the Swiss “Elit” league. Derungs recorded a pair of goals tonight to propel him into ninth in WHL rookie scoring with 23 points (11g-12a) in 34 games.

Extra Time: In extra time this season, Victoria holds an overtime record of 1-3 and a mark of 4-0 in the shootout. The Royals now possesses an all-time regular season record of 3-3 in extra time against the Winterhawks. Victoria went to overtime in back-to-back games for the first time since Saturday, February 23 and Sunday, February 24, 2019 versus the Vancouver Giants.

Homestand Continues: The Royals will host the Tri City Americans for a two-game set on Tuesday and Wednesday night. Puck drop for both games is at 7:05 p.m. Tickets can be purchased in person at the Select Your Tickets box office, over the phone by calling 250-220-7777, or online at www.selectyourtickets.com. 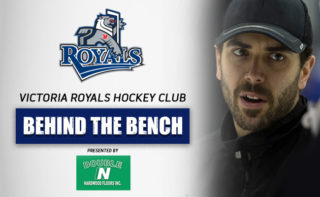 0:34
Behind the Bench presented by Double N Hardwood Floors - From Victoria with Glove
14 hours ago 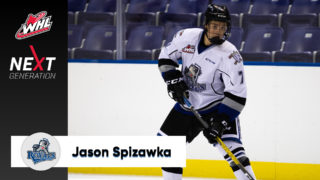 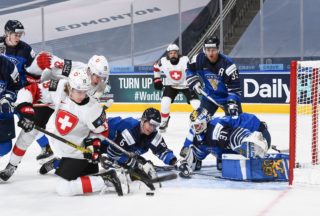 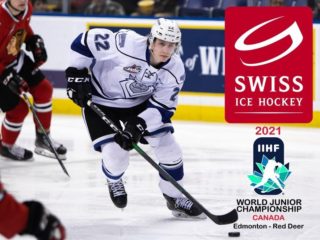