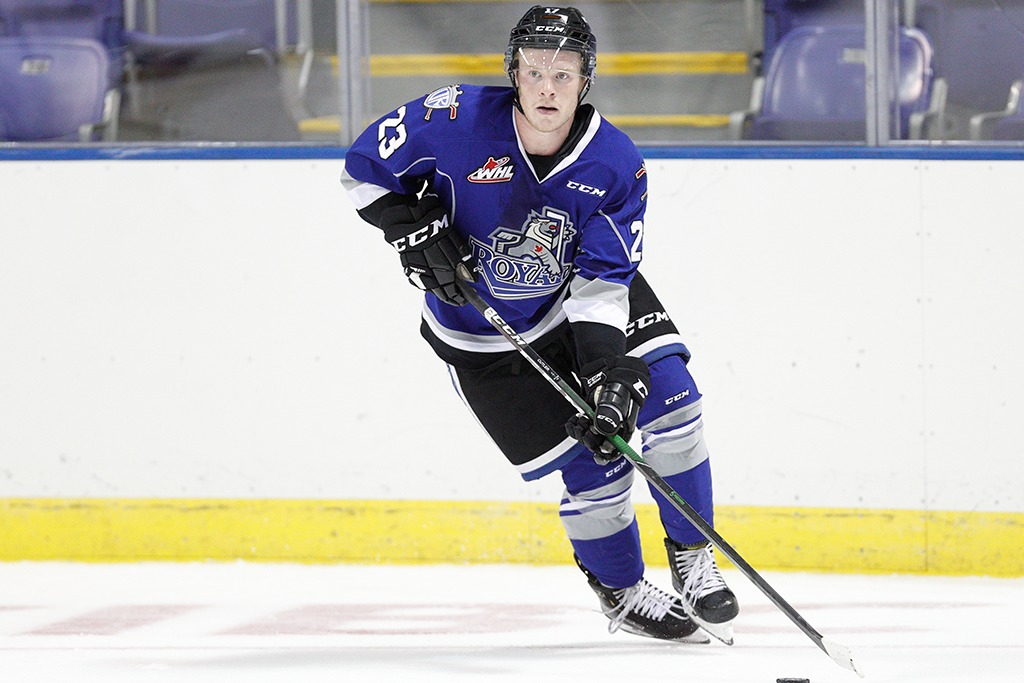 The Victoria Royals fell to the Kelowna Rocket 4-1 during the second game of a back-to-back preseason weekend preseason series.

Kelowna got on the board first with a goal at 0:26 into the first by Gabriel Szturc. The two teams played hard and fast all period to keep the score at 0-1 heading into the first intermission.

The Rockets started the second period in similar fashion by scoring a quick goal after Jake Lee came out and put the puck in the back of the net just 52 seconds into the second. Unable to get past goalie Nicholas Cristiano, the Royals frustrations came through with Braden Smith taking a roughing penalty at 2:13. Shortly after, Rockets Jake Poole scored a powerplay goal to put his team up 3-0 before entering the third period.

The Royals put goaltender Logan Cunningham in net to start the third, but the Rockets strong play continued when they got their fourth goal of the game from William Irvine 4:24 into the third period. With under five minutes left to play, 18-year-old Cage Newans put one in the net to get the Royals on the board.

The Royals will face the Prince George Cougars at home on Saturday, September 25. The game will mark the first Royals home preseason game in five years.