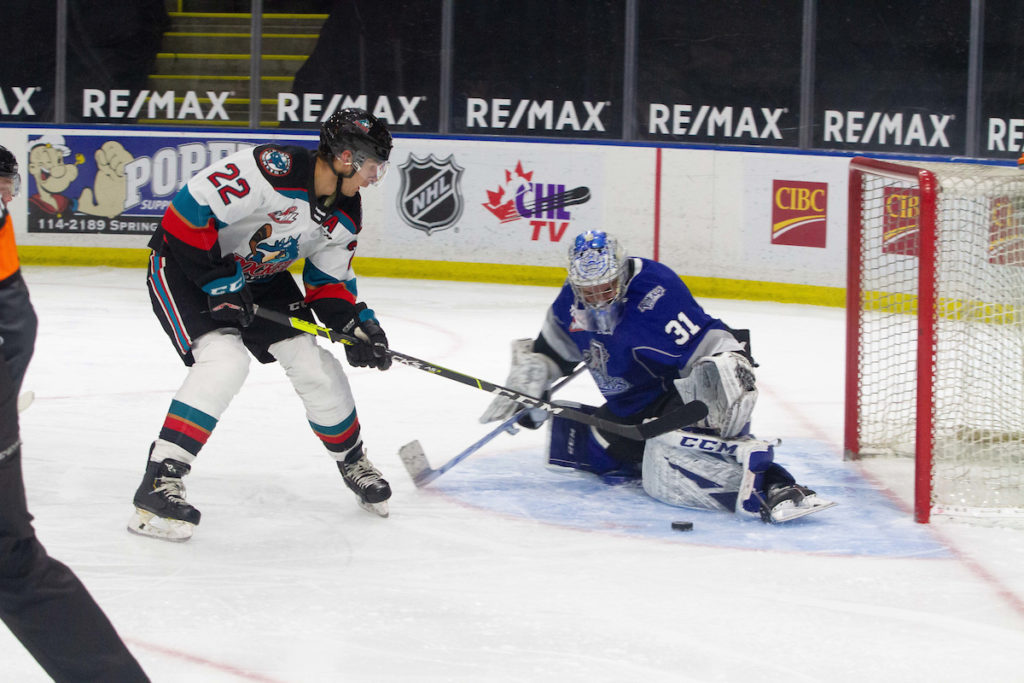 Kelowna, BC – The Victoria Royals were unable to finish the comeback versus the Kelowna Rockets on Wednesday night as they dropped their season finale by a 3-2 score. Victoria finishes with a record of 3-17-1-1 and finishes fifth in the BC Division.

GRADUATED: Tonight, was the last WHL game for 20-year-old players Matthew Smith, Brandon Cutler and Adam Evanoff. Smith was drafted by Victoria in the seventh round of the 2015 WHL Bantam Draft #145 overall. The Saskatoon, SK native has competed in 210 regular season games over four seasons as a member of the Royals and has accumulated 34 points (7g-27a). Cutler was drafted by the Red Deer Rebels in the 9th round (#192 overall) during the 2015 draft. For his career the Spruce Grove, AB native has played in 257 games for the Royals and Rebels while scoring 47 goals and 59 assists for 106 points. Evanoff was also drafted in the 2015 WHL Bantam Draft by the Moose Jaw Warriors. The Penticton native was taken in the 10th round (219th overall). For his career he has played in 116 games between the Warriors and Royals earning a 3.26 goals against average and a 0.902 save percentage while amassing a record of 49-50-8-3. We wish Matthew, Brandon and Adam the best of luck moving forward!

Next Game: This concludes our 2021 RE/MAX Hub season. See you next season! Stay tuned for ticket information in the coming months!