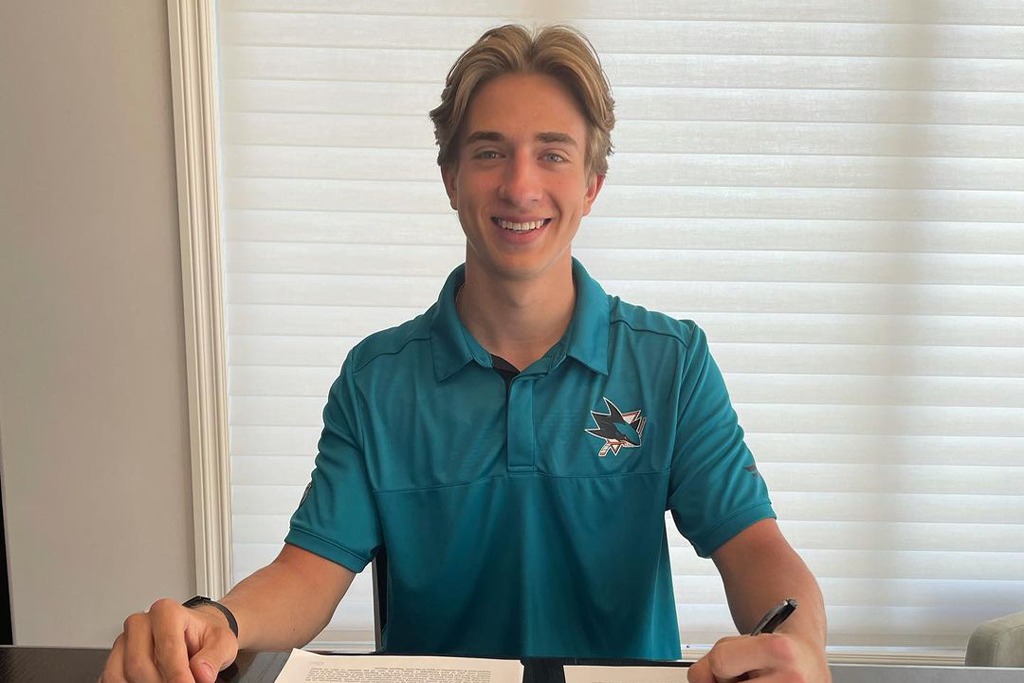 Victoria Royals defenceman Gannon Laroque has signed an entry-level deal with the San Jose Sharks, who drafted him with the 103rd overall pick in the fourth round of the 2021 NHL Entry Draft last spring.

The 18-year-old had a breakout year for Victoria in 2021-2022, earning both the BC Division’s Top Defenceman Award and the team’s Best Defenceman Award after recording 52 points on 10 goals and 42 assists over 63 games.

The signing marks a fulfillment of a lifelong dream for the Edmonton, AB native:

“It means a lot to be able to sign my first NHL contract with the Sharks,” said Laroque. “The hard work only continues from here as it’s just another step in the journey. The Royals organization has allowed me to develop not only as a player but as a person as well. They have allowed me to grow and have believed in me since day one. I can’t thank them enough!”

The Royals organization congratulated Laroque on his achievement:

“This is a well deserved and hard earned step in Gannon’s career,” said Dan Price, General Manager and Head Coach of the Victoria Royals. “He is a consummate professional and his work ethic and character are emblematic of what it means to be a Victoria Royal. Our staff and players, and the whole Royals organization, are extremely proud of Gannon and happy for him and his family.”

Laroque originally signed with the Royals in the summer of 2019 from the Northern Alberta Xtreme (NAX) U15 team after being placed on the team’s protected player list the prior year.

He would join the club during the 2020-2021 ‘bubble’ season, where he would impress coaches and scouts alike with his defensive instincts and puck-moving abilities, leading him to be selected by San Jose in last year’s draft.

Laroque would return to Victoria for the 2021-2022 season where he would develop into one of the top two-way defenders in the entire WHL and one of the team’s most valuable players. With the addition of an improved offensive dimension to his game, Laroque would finish the season ranking third on the team in overall scoring and first in assists, while ranking inside the top-ten scoring defenceman in the entire league.

Following the end of the Royals’ season, Laroque was invited to join the San Jose Barracuda – the Sharks minor league affiliate – for a handful of games as they wrapped up their own season.

The Sharks then offered him an entry-level deal which he signed on Wednesday.  Per club policy, terms of the deal have not been disclosed.