Royals Lose First Game of the Weekend Against Prince George 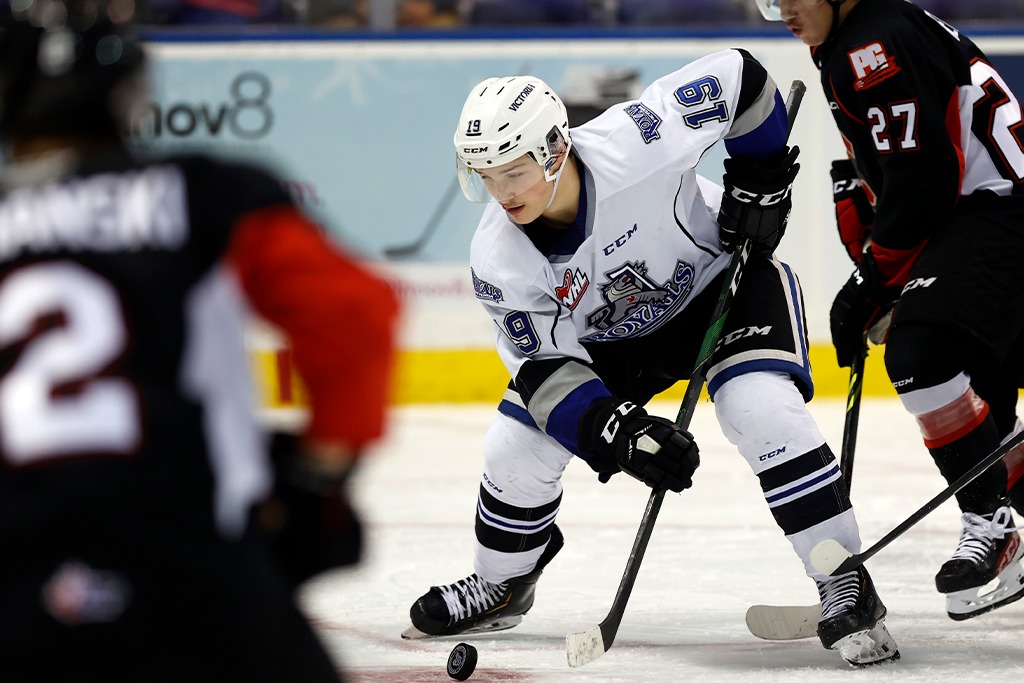 The Victoria Royals Lost 3-1 to the Prince George Cougars in first of the weekend series.

The first period was riddled with penalties for both teams who each had a two-man advantage within the opening ten minutes, but were unable to capitalize and get on the board. The rest of the first continued with the two teams receiving nine penalties in total however, in the end, the first finished scoreless with an even shot count.

Two more penalties opened the second period with each team trying to get a shot on goal. Royals scoring leaders Brayden Schuurman and Bailey Peach had close calls in the first half of the period, but it was Tanner Scott who rifled one to the top right of the net giving the Royals the 1-0 lead. Carter Briltz earned his first WHL point on the assist to Scott. Royals goaltender Tyler Palmer stole some close chances from the Cougars, but with five minutes left in the third, Cougars captain Johnny Hooker put one through Palmers pads to make it 1-1.  Despite both teams ramping up their efforts, the period ended a tie game.

Halfway through the third and the score remained 1-1. The Cougars kept applying pressure to Royals netminder Palmer who made some incredible saves to keep the game tied. With under four minutes left to go in the game, Riley Heidt scored a goal off the rebound to give the Cougars the 2-1 lead. Palmer came out of the net with one minute left when Cougars Fischer O’Brien shot one to the empty net to end the game 3-1.

The Royals take on the Cougars again tomorrow afternoon at 2:00 p.m. at the CN Centre before heading home to play Prince George next Friday at the Save-on-Foods Memorial Centre.

To purchase tickets for next weekend, visit Select Your Ticket, call the Select Your Tickets box office or stop by the Save-on-Foods Memorial Centre Ticket Office Wednesday through Friday between 11 a.m. – 4 p.m. Ticket prices start at $25 for students, seniors and corner seats, $30 for sides and ring and go up to $39 for Premium Club seating.