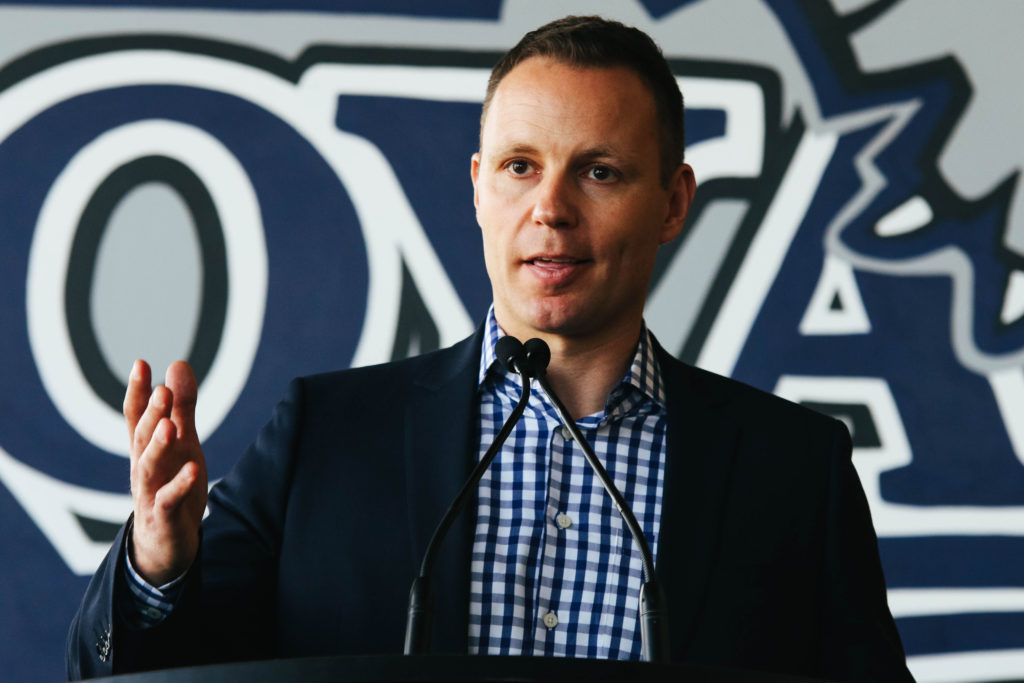 Victoria, BC- The Victoria Royals are proud to announce that Dan Price has been named the team’s head coach. Price is the club’s third head coach since relocation to Vancouver Island.
This is the first head coaching job in the WHL for Price, a graduate of the University of Saskatchewan’s College of Law. The St. Albert, AB native joined the Royals last season and served as the team’s assistant coach.
“In a way, the path to being a head coach with our club began when we hired Dan last season. He has an exceptional set of skills, and it was clear to us that he was destined to be a head coach in the WHL and just needed an opportunity,” President and General Manger Cameron Hope said. “We did look at other candidates, and we took careful steps in doing our due diligence. In the end, Dan emerged as our top choice. His knowledge, professionalism, and the manner in which he approaches the game and our players, makes him the perfect fit for the Victoria Royals.”

Prior to joining Tri-City, Price was the General Manager and Head Coach of the Drumheller Dragons in the Alberta Junior Hockey League (2009-12). Before coming to the Royals, he was the Assistant Coach and Manager of Athletic Recruitment with the University of Toronto Varsity Blues Men’s Hockey Team in the Canadian Interuniversity Sport (CIS). Price helped guide the Blues, for the first time since 2006-07, to the Ontario University Athletics (OUA) West Semi-Final in 2014-15, and again in 2015-16.

“I am thankful for the opportunity to be able to take the next step in my coaching career with this organization,” Price said. “I am looking forward to working with Cameron, our players and the rest of the staff to continue the winning culture that has been established the past five seasons.”

Price is the successor to former head coach Dave Lowry, who was recently hired by the Los Angeles Kings of the National Hockey League (NHL) as an assistant coach.

A former junior hockey goaltender, Price played three seasons (1992-95) with the Trail Smoke Eaters and Fort St. John Huskies of the Rocky Mountain Junior Hockey League. He concluded his playing career in the CIS at the University of Regina (1995-98).