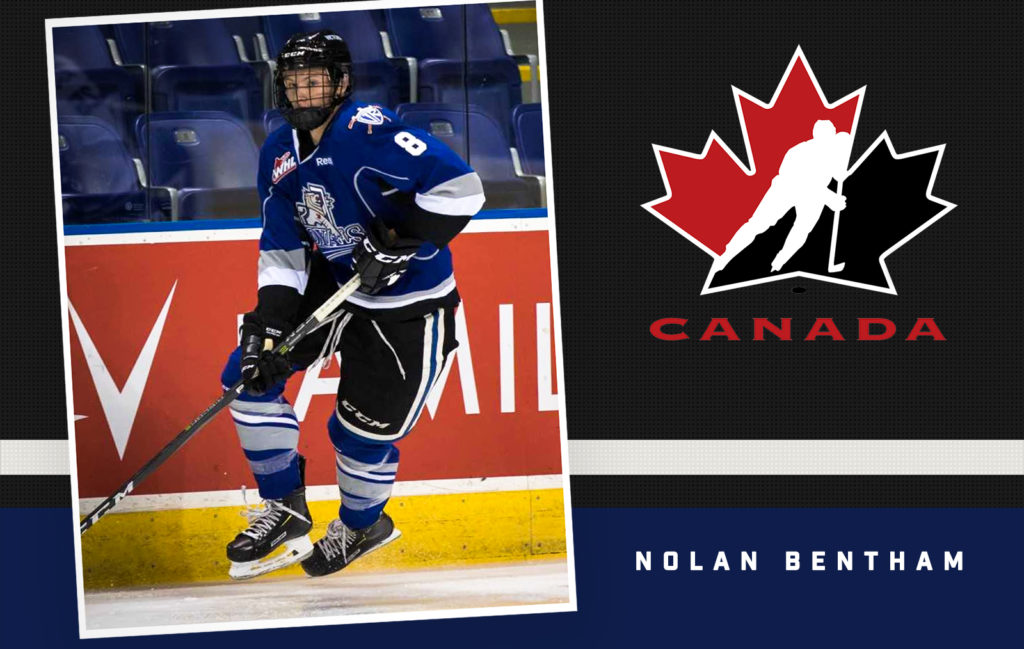 Victoria, BC – The Victoria Royals are pleased to announce that defenceman Nolan Bentham has been invited to attend Hockey Canada’s Under-17 Development Camp, which runs from July 19-26 in Calgary, AB.

Players selected to Hockey Canada’s Under-17 program will compete at the 2019 World Under-17 Hockey Challenge, scheduled for November 2-9 in Medicine Hat, AB and Swift Current, SK.

A native of Victoria, BC, Bentham spent last season with the Yale Hockey Academy Midget Prep Team of the Canadian Sport School Hockey League. Bentham played in 36 games with Yale and collected 18 points (7g-11a) to go along with 22 minutes in penalties.

The 6-2, 185 lb defender took part in the 2019 Canada Winter Games last February with Team BC and collected four assists and four penalty minutes in seven contests.

Bentham was Victoria’s first round pick in the 2018 WHL Bantam Draft, selected 13th overall and has been signed to a WHL Standard Player’s Agreement by the team. He will attend Royals’ Training Camp in August.