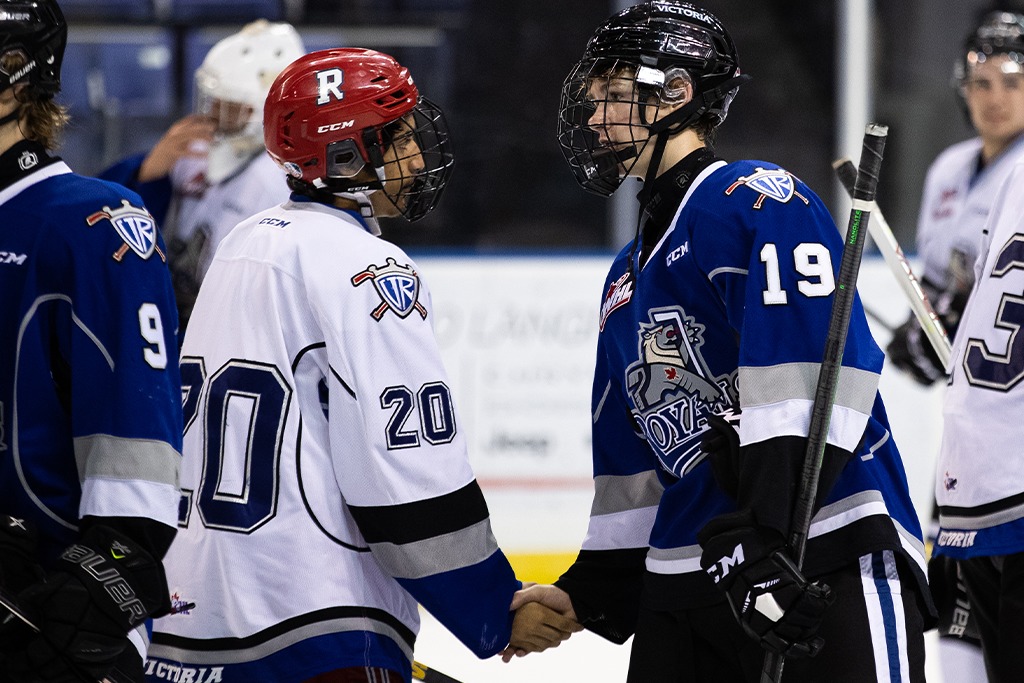 The Victoria Royals announced the reassignment of 11 players following the conclusion of their training camp and preseason earlier this week.

The following six 2007-born players will return to their respective club teams for the 2022-2023 season:

All players on this list took part in the team’s rookie and main training camp as well as part of the preseason over the past two weeks. They will all remain on the Royals’ list of affiliate players and will be eligible to be called up for games this season.

“We were very impressed with the calibre of play from our prospects,” said General Manager and Head Coach Dan Price. “They are all good people who work hard, and they have all taken an important step toward becoming full-time members of the Royals’ roster in the future. We look forward to partnering with them in their development this season and to seeing them again soon.”

Victoria will now prepare for their season opener against the Spokane Chiefs on Friday, Sept. 23 at the Save-On-Foods Memorial Centre in Victoria. Tickets are available at selectyourtickets.com.Follow the Royals on Instagram, Twitter and Facebook, TikTok and visit victoriaroyals.com to find out more about ticket sales and to learn the latest news about the team.