Forward Brayden Schuurman and defenceman Kalem Parker of the Victoria Royals have been named to Team Canada’s roster ahead of the  IIHF U18 World Hockey Championships being held this month in Landshut and Kaufbeuren, Germany.

Schuurman, a product of Abbotsford, BC, enjoyed a successful 2021-2022 campaign for Victoria, finishing second in team scoring with 54 points on 29 goals and 25 assists while playing in all 68 games for the club. He was also named inside the top-100 North American prospects ahead of this year’s NHL draft.

Kalem Parker also proved to be a valuable piece for the Royals this year, appearing in 66 games while recording two goals and 18 assists for 20 total points on the season. The Clavet, SK native is slated to be one of the top returning players for Victoria in the upcoming 2022-2023 season.

The two Royals will now fly to Germany where they will dawn the red and white alongside 23 other players from around the country as they battle teams representing nine other countries for a world championship.

Victoria General Manager and Head Coach Dan Price believes the tournament will provide an important learning experience for the pair:

“This recognition by Hockey Canada of Kalem and Brayden is emblematic of their work ethic and development throughout their hockey careers,” said Price following the announcement Monday.

“This is one step forward for them and I know their work ethic and commitment to hockey and to the Royals will continue to pay dividends with many more great steps forward and experiences in the future…We’re looking forward to cheering them on and to hearing about their experience when they get back.”

Team Canada’s first match will take place on Saturday, April 23 versus the US in Landshut. They will then face hosts Germany on Sunday, April 24 before completing the round robin portion of competition on Tuesday, April 26 against Czechia. 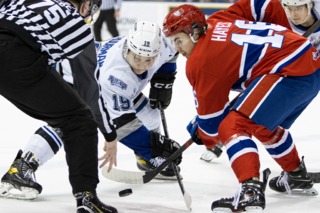