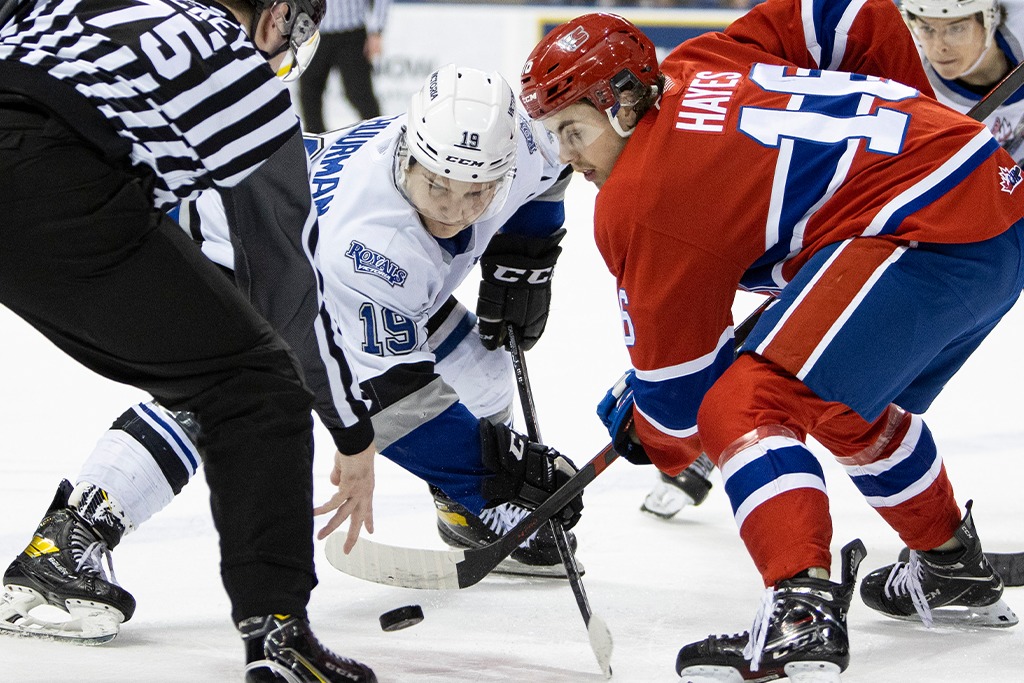 Starting goaltender Mason Beaupit made 35 of 37 saves as his Spokane Chiefs put an end to the Victoria Royals’ season with a 4-2 victory at the Save-On-Foods memorial Centre on Saturday night.

Both Cade Hays and Ty Cheveldayoff came up huge for the Chiefs, each recording a goal and an assist in the win, and Cheveldayoff counting the eventual game-winner.

While it wasn’t the result Royals’ Head Coach Dan Price envisioned entering Saturday, he commend his team for the resiliency they played with throughout the season:

“We played well, no question.” said Price postgame. “I don’t feel like we lost the game per say, Spokane outscored us 4-2. We ran out of time in the end, that’s the way I feel, a few more minutes I think we could have tied it.”

“It was one of my favourite years of coaching, despite the result tonight,” said Price. “Because of all the adversity, because of what the team had to endure from an injury perspective, from a COVID perspective, all the ups and downs they went through on the ice…It’s incredible that the team was a point away from qualifying for the WHL playoffs on the last day of the season…the pride we have in the group is tremendous.”

Victoria forward Tarun Fizer ends his WHL career scoring in the third to bring his team back within two late. He finishes his final season with 51 points on 17 goals and 34 assists in 35 games, adding on to his career total of 57 goals, 108 assists for 165 points in 225 games–all of which were spent in a Royals uniform.

Goaltender Tyler Palmer stopped 23 of 27 shots against in the loss, finishing the year with a 17-23-3 record.

Confidence was high for the group following a dominating 7-3 victory on Friday, however it would be the Chiefs who struck first in this one, opening the scoring at the 11:14 mark of the first period with Cade Hays’ ninth goal of the season to take the early 1-0 advantage.

However, the Royals would respond only moments later, with forward Anthony Wilson counting his seventh of the season to even the game at 12:04.

Momentum would remain in the Chiefs favour for the remainder of the frame as they opened up a 3-1 advantage following goals by Reed Jacobson (3) at 13:41 and Ty Cheveldayoff (10) 18:17.

The second would see Spokane open up a 4-1 advantage late in the frame on a Raegan Wiles goal (9) at 17:58, putting the Royals backs to the wall with only 20 minutes remaining in regulation.

The Royals came out fighting for their lives in the third, putting up 20 total shots in the frame as they attempted to mount a comeback. They would cut the lead to two on a Tarun Fizer goal (17) at the 7:24 mark of the period, however that is as close as they would get and time would expire with the score standing at 4-2 for the Chiefs.

Spokane will now take on the Kamloops Blazers in the first round of the WHL playoffs after securing the seventh seed with their win on Saturday.

Meanwhile, the Royals will now begin a long offseason where thy will aim to build a better result in the upcoming 2022-2023 season.

Coach Price had some departing words for the fans who showed their unwavering support throughout the season: