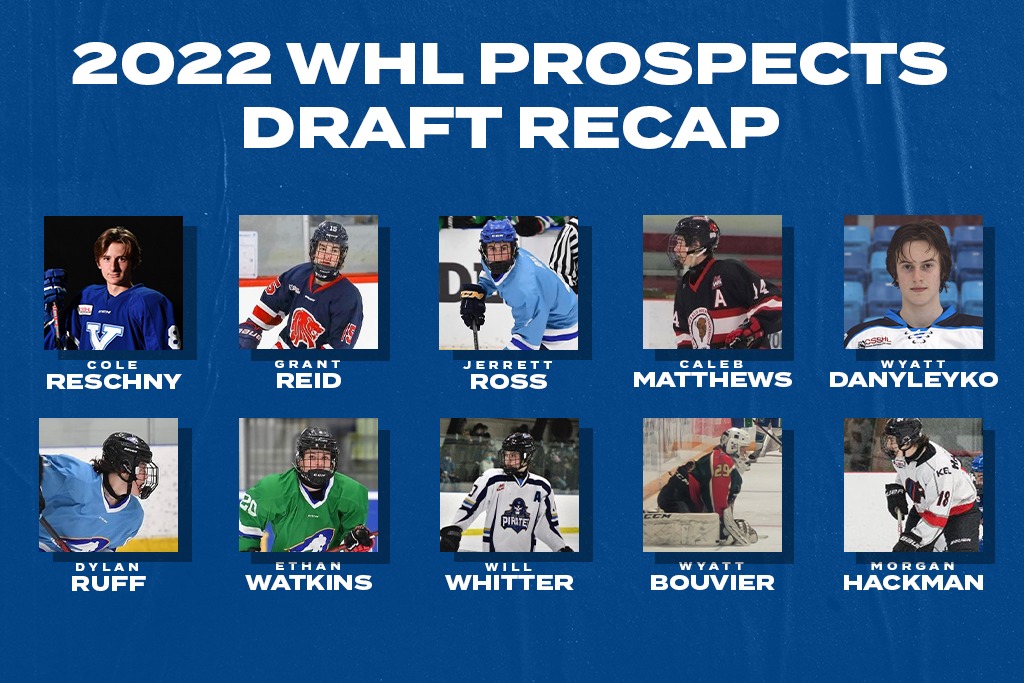 The team led off the day by selecting 2022 Canadian Sport School Hockey League (CSSHL) MVP Cole Reschny third overall from the Northern Alberta Xtreme U15 Prep squad. The forward out of Macklin, SK was widely considered one of the top forwards in this year’s draft class after putting up 92 points on 40 goals and 52 assists during the 2021-2022 CSSHL season.

“Cole is a special player,” says Royals Director of Player Personnel, Ed Fowler. “One of the most complete players in the draft. He is a dynamic offensive player and solid in the defensive zone. He plays fast, his compete level is off the charts and his vision and sense is exceptional. Cole’s energy and drive is infectious.”

The Royals next pick would come in the third round, where they would select left-shooting forward Grant Reid out of Yale Hockey Academy U15 Prep team with the 47th overall pick. The Surrey, BC product brings size – standing at nearly 5’10” and weighing 160lbs – and a high offensive IQ, which allowed him to record 61 points (20 goals, 41 assists) in 30 games this past season.

“Grant plays the game fast, he has very good offensive instincts and is able to drive a line,” says Fowler. “His compete level is high, he works hard skating back defensively, and he is a leader on his team. We are excited about his future in Victoria.

Victoria would use the 79th overall pick in the fourth round to select left-handed defenceman Jerrett Ross from the Leduc Oil Kings AAA team in his hometown of Leduc, AB. The 14-year-old is already an imposing figure on the ice despite his young age, standing at 5’11”, 140lbs.

“Jerrett is a smooth skating, puck moving defenceman,” says Royals’ Senior Regional Scout, Scott Fukami. “He has good vision and a hard, accurate shot…a solid defender who is always on the right side of the puck.”

The fifth round would see the Royals spend the 91st overall pick to select right-handed centreman Caleb Matthews out of Calgary, AB. The 14-year-old adds yet another promising offensive prospect to Victoria’s system, as Matthews posted 59 points on 18 goals and 41 assists playing for the Calgary Bisons AAA U15 squad. He measures in at 5’11”, 140lbs.

“Caleb is a very intelligent offensive forward, who has elite vision and sense with the puck on his stick. He can either make a play or use his accurate shot to score.,” says Ed Fowler.

Victoria would look close to home for their next pick, choosing Sooke, BC native Wyatt Danyleyko in the sixth round (123rd overall). The 14-year-old left-handed forward was a standout for the Pacific Hockey Academy U15 Prep team, registering 26 points (12 goals, 14 assists) in 30 games during the 2021-2022 CSSHL campaign. Danyleyko is another forward with a big frame, standing at 6’1”, 150lbs.

“Wyatt is a hard working centre/winger with excellent hockey sense,” says Royals’ Senior Regional Scout, Stu MacGregor. “He has a very smart two-way game that makes an impact in all key situations during a game. Skating and strength will continue developing as Wyatt pushes himself on and off the ice. The excellent attitude he displays will be a great addition to the Royals.

The seventh round would see the team select Dylan Ruff of Sylvan Lake, AB at 143rd overall. The 5’10” left-handed forward had a productive 2021-2022 campaign with the RINK Hockey Academy U15 team, putting up 35 points on 14 goals and 21 assists in 29 games.

“Dylan is a hardworking player that will get to the areas and find a way to score,” says Ed Fowler. “He is a very cerebral player that will compliment top line forwards. He will be an important player for our program.”

Two selections were made by the Royals in the eighth round, with the team taking forward Ethan Watkins from Calgary, AB with the 157th pick and Will Whitter from Prince Albert, SK with the 170th selection.

“Ethan is a dynamic player. His acceleration and offensive skill always create excitement when he is on the ice,” says Fowler. “Ethan tries to make a difference in one way or another every shift. We are excited to be able to add him to our organization.”

Meanwhile, Whitter is a player that showed promise playing at the U15 AA level with the Prince Albert Pirates in his hometown, recording 64 points on 34 goals and 30 assists over 31 games.

“Will is a strong two-way player that competes hard every shift,” says Royals’ Senior Regional Scout Kalen Wright. “He is an intelligent player that plays hard in all three zones and has good offensive instincts.”

The Royals would buck the trend of selecting forwards by taking Saskatoon-born goaltender Wyatt Bouvier with the 179th overall pick in round nine. The 15-year-old registered a 12-4-1 record with a 2.52 goals against average, and a .918 save percentage in 18 regular season games and an 8-1 record, .936 save percentage and a 1.70 goals against average in the playoffs for the Saskatoon Bandits U15 AA squad.

“Wyatt is a technically sound goaltender who demonstrates quickness, intelligence and composure,” says Royals’ Senior Regional Scout Garry Pochipinski. “He also has a high battle level and he was a key contributor to his team winning the 2022 Saskatchewan Provincial U15 Championship…We look forward to seeing him in a Royals uniform.”

The team would close the book on their draft day by selecting 6’2”, 193lb centreman Morgan Hackman out of Vernon, BC in the ninth round with the 189th pick overall. The 14-year-old showed promise playing for the RINK Academy Kelowna U15 Prep squad, recording 29 points (12 goals, 17 assists) in 30 games.

“Morgan is a strong and hardworking winger with a powerful stride,” says Stu MacGregor. “He is a large body that drives to the net and controls the boards in all three zones…His positive attitude and desire to continue developing his skills will allow him to become an important contributor to the Royals’ success in the coming years.”

The next big event of the Victoria Royals offseason will take place on July. 1 when the team takes part in the CHL Import Draft, where teams will be able to select the top international talent from outside North America. 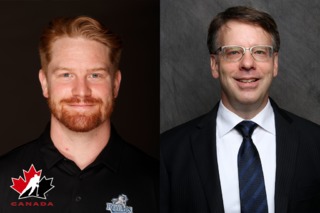 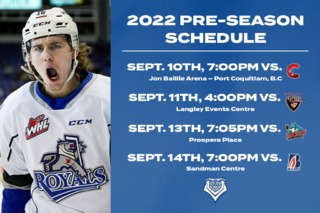 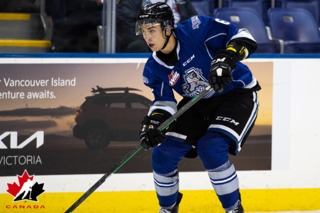 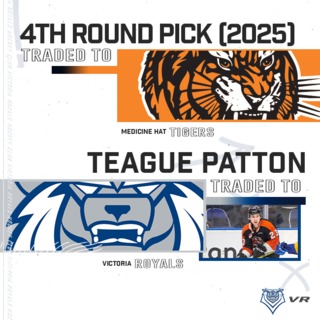