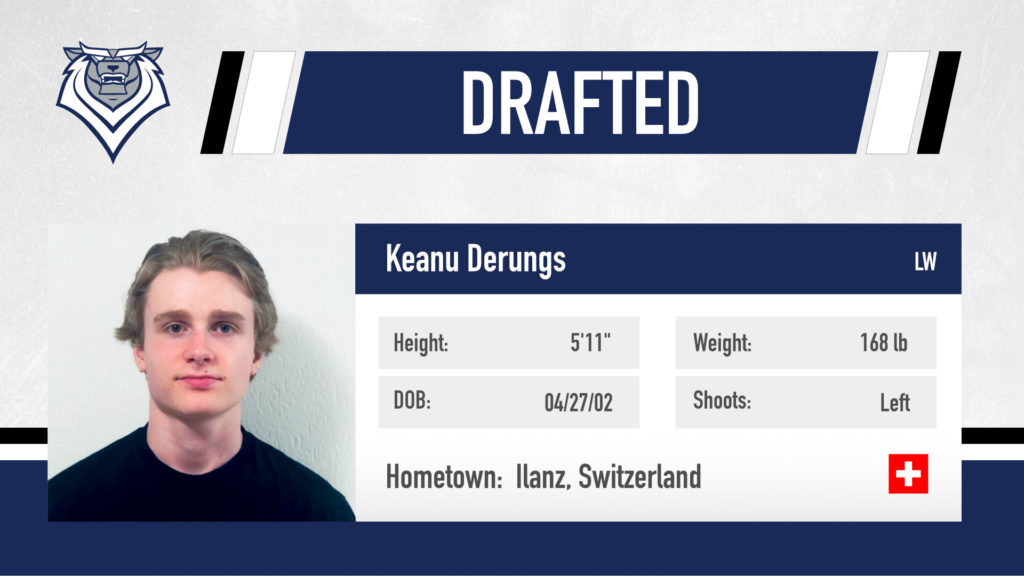 Victoria, BC – The Victoria Royals are proud to announce the selection of 2002-born Swiss forward Keanu Derungs, 28th overall, in the 2019 Canadian Hockey League (CHL) Import Draft this morning.

A product of Ilanz, Switzerland, Derungs spent the majority of last season in the U-20 Elit League, Switzerland’s top junior league, with the EHC Kloten Under-20 team. In 34 contests with the club, Derungs recorded 14 points (5g-9a) and 57 penalty minutes. He also played for EHC Kloten’s Under-17 team of the U-17 Elit League and registered 23 points (14g-9a) and 18 minutes in penalties in just 11 games.

“We are pleased to have been able to select Keanu with this pick,” President and General Manager Cameron Hope said. “He is a skilled young player with good puck skills. He plays the game with pace, has shown the ability to finish and should adapt well to our league.”

Throughout multiple international tournaments this past season, the 5-11, 168 lb winger suited up in 16 games for Switzerland’s Under-17 team and collected three goals and six assists.

Season Ticket packages are on sale now – reserve your seat for all 34 home games. Benefits include access to our flexible “Never Wasted Ticket” exchange policy, first opportunity on giveaway items, choice of best seats and much more. Call our ticket office at 250-220-7889 or send an email to tickets@victoriaroyals.com for more info or to set up an appointment to view availability.