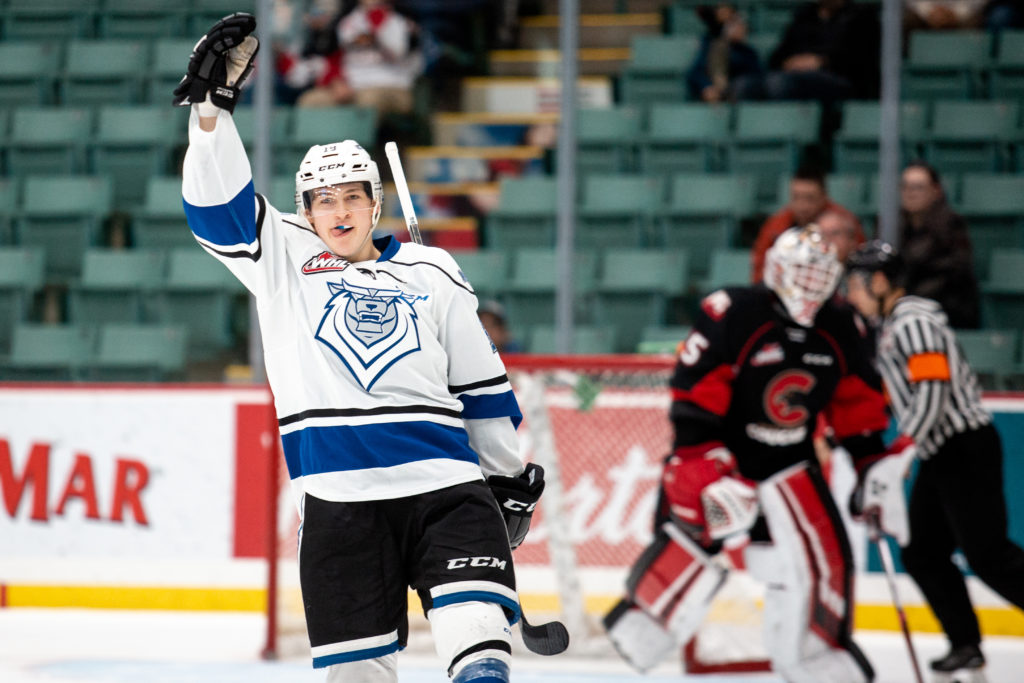 Prince George, BC – The Victoria Royals defeated the Prince George Cougars 3-2 as Tarun Fizer scored the shootout winner in the fourth round, and goaltender Brock Gould stopped three of the four attempts he faced.

Shootouts: The Royals are now 3-0 in shootouts this season; this includes a 2-0 record in games that have gone to a shootout against Prince George.

Versus the Cougars: The Royals have now gone 3-0-0-0 against the Prince George Cougars this season.

Two or Less: In eight of the last 11 games against Prince George, the Royals have held the Cougars to two or fewer goals. Victoria’s overall record when holding their opponents to two goals or less is 32-9-2-1.

One Goal Games: All three contests between the Royals and Cougars this season have been decided by a single goal, two of which have ended in a shootout.

Streaking: Royals forward Keanu Derungs has now recorded points in each of his last three games. Derungs has registered four points (2g-2a) in those games.

On the Road: Victoria will finish their three-game road trip tomorrow night against the Prince George Cougars at the CN Centre. The puck will drop at 7:00 p.m.

Home Sweet Home: The Royals will return home to face the Lethbridge Hurricanes on Friday, November 15th at Save-On-Foods Memorial Centre. Puck drop is scheduled for 7:05 p.m. Tickets can be purchased in person at the Select Your Tickets box office, over the phone by calling 250-220-7777, or online at www.selectyourtickets.com.