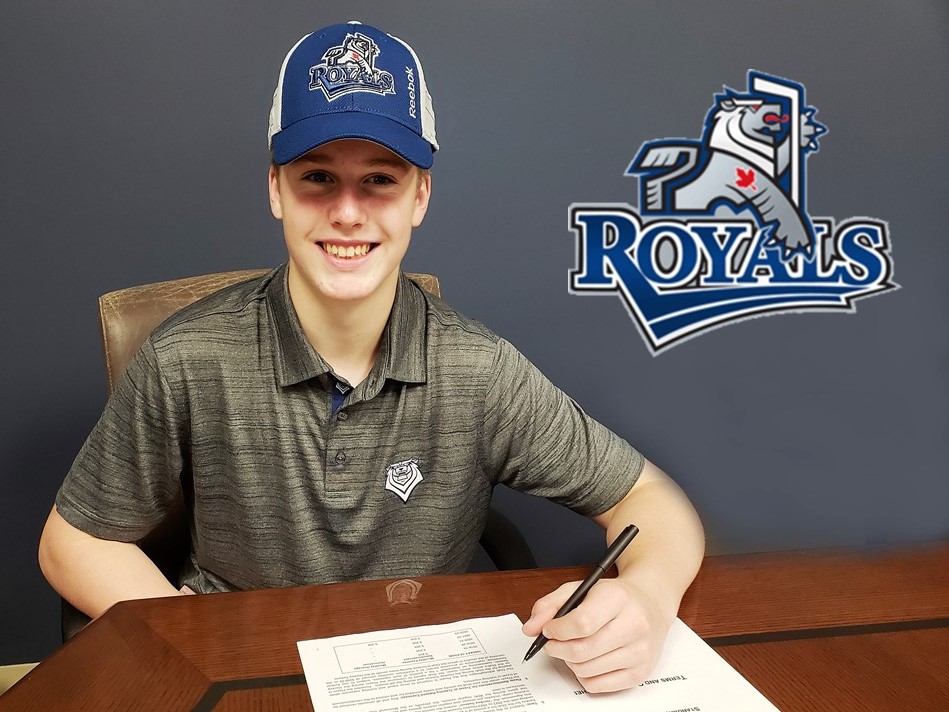 Victoria, BC – The Victoria Royals are proud to announce that they have signed 2002-born defenceman Carson Golder to a Western Hockey League (WHL) Standard Player Agreement.

The Terrace, BC product was listed to the Royals’ 50-man protected player list in June of this year. Each WHL team is allowed to protect 50 players, which includes individuals who have either been signed, drafted or listed by their respective club.

“Carson is a very good young player who has grown his game this past year and impressed us throughout training camp,” President and General Manager Cameron Hope said. “We are excited about his future and happy to have him join our organization.”

During the 2016-17 season, Golder recorded seven goals and five assists and 18 minutes in penalties in 19 games with POE’s Bantam Varity team.

The Royals will host their annual Intra-Squad game tonight, at 7:05 p.m., at the Save-On-Foods Memorial Centre. Admission is by donation to the Royals’ Education and Scholarship Fund, while the concessions will be offering $2 hot dogs, popcorn and pop.