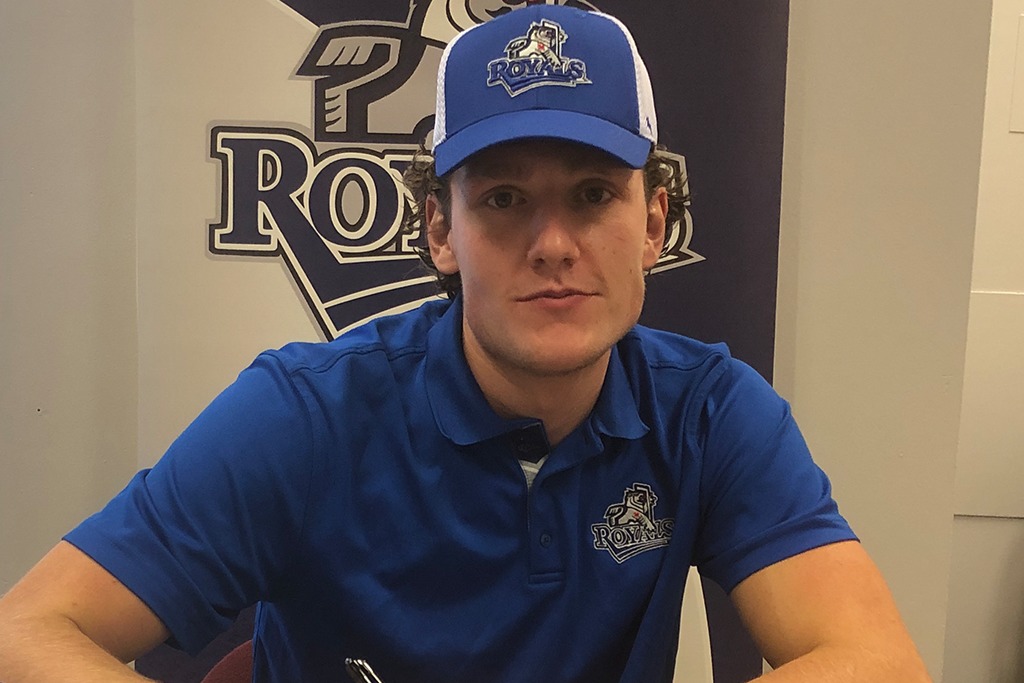 The Victoria Royals blueline gets deeper with the addition of newly signed defenceman Wyatt Wilson.

The Swift Current native joined the Royals earlier this week to sign his Standard Player Agreement and will play in Saturday’s preseason game against the Prince George Cougars alongside his brother Anthony.

“I’m super excited to be here in Victoria. This is a great place to play and to be with my brother is amazing,” the 2003-born defenceman said. “We played together last year in Moose Jaw and I love playing with him. We have a lot of chemistry. That one was one of the things that brought me here, plus the coaching staff is top notch, one of the best in the league.”

The six-foot-three, 201-pound blueliner comes from the Blackfalds Bulldogs from the Alberta Junior Hockey League (AJHL) and most recently spent two seasons with the Moose Jaw Warriors of the Saskatchewan Male AAA Hockey League (SMAAAHL) where he recorded 11 goals, 31 assists and had over 68 penalty minutes in 50 games played.

“I’m a two-way defenceman that sees the ice well and I like to make a good first pass,” Wilson said of his style of play. “I take pride in my first pass because you can jump up in the play and create some offense.”

Having spent the 2017-18 and 2018-19 season in Abbotsford, Wilson is familiar with the B.C. landscape but is looking forward to the change.

“It will be different living in Victoria. I played in Abbotsford for two and a half years and living on the mainland was an eye opener, but coming out here, it’s a different landscape,” Wilson said. “The tempo is definitely different coming from the AJHL so I’m excited to see what the season holds.”

“We’re thrilled that Wyatt decided to pursue his hockey career in the WHL and with the Victoria Royals. He’s an outstanding young man, as his brother, Anthony,” GM and Head Coach Dan Price said. “Wyatt brings high levels of speed, mobility and physicality on the back end. He passes and shoots with great velocity, and he’ll do anything he can to contribute to the team’s success. He’s an exciting addition to our group and we’re looking forward to working with him on and off the ice every day.”

The Saskatchewan playmaker knows what he brings to the team and is ready to make his mark.

“I’m hoping to bring a big presence to the ice, be a physical shutdown defenceman, but I also want to put up some numbers, produce and help the team out.”