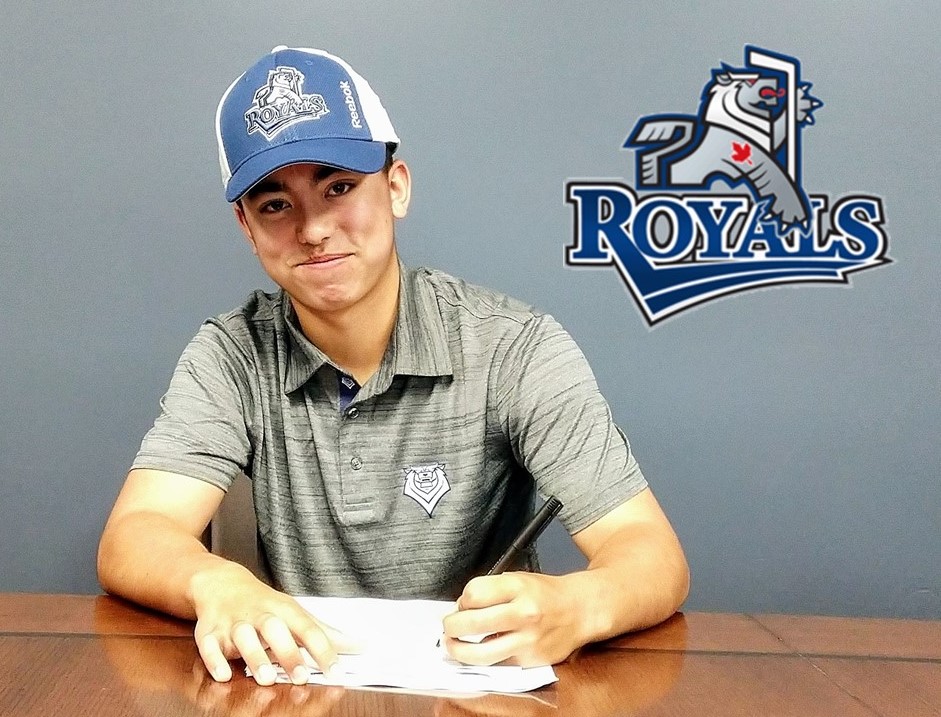 Victoria, BC – The Victoria Royals are proud to announce the signing of 15-year-old forward Trentyn Crane (2003) to a Western Hockey League (WHL) Standard Player Agreement.

Crane was selected in the fifth round, 103rd overall, by the Royals in the 2018 Bantam Draft this past May.

“Trentyn is a fast, skilled and tenacious forward with hockey IQ,” President and General Manager Cameron Hope said. “We are pleased to have signed Trentyn and excited to see his future as part of our team.”

The product of Morden, MB spent the 2017-18 campaign with the Pembina Valley Hawks Bantam AAA team of the Winnipeg Bantam AAA League (WBAAA). In 36 games with Pembina Valley, Crane tallied 70 points (46g-24a) and finished the season as the league’s fourth-highest scorer.