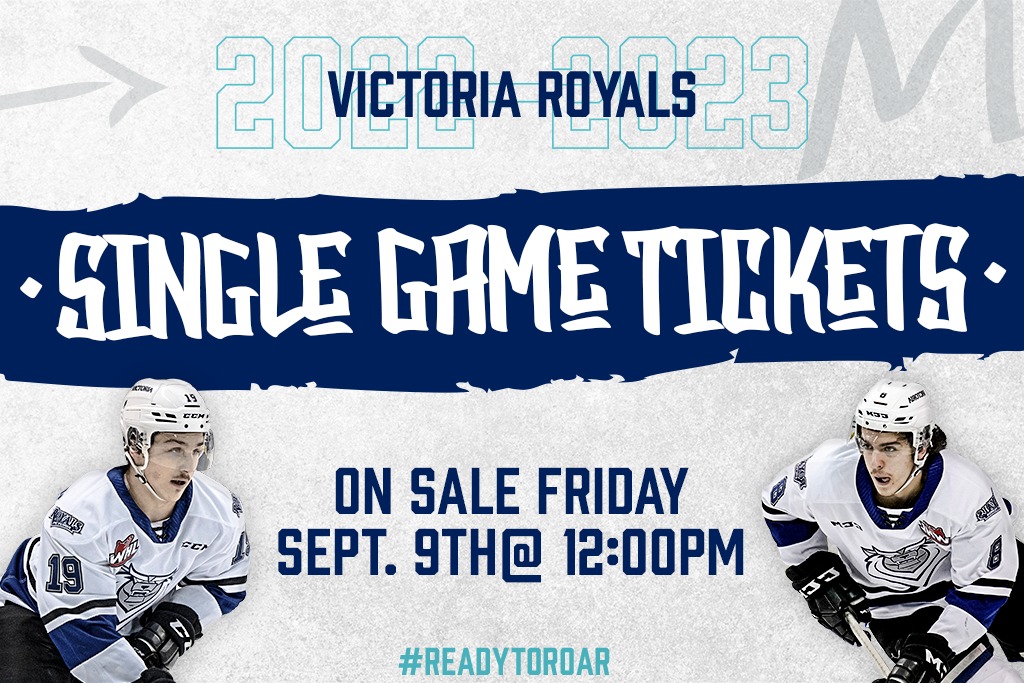 The Victoria Royals are thrilled to announce that single game tickets for the 2022-23 regular season will go on sale on Friday, September 9 at 12 p.m.

The team enters this season with a new captain in San Jose Sharks draft pick, Gannon Laroque. The captain will have a strong supporting class by his side including forward Brayden Schuurman and defenceman Kalem Parker who represented Canada this summer at the IIHF U18 World Hockey Championships, as well as Austin Zemlak who was named to Team Canada’s Selection Camp roster for the 2022 Hlinka Gretzky Cup.

The Royals open the season with a two game homestand starting with the home opener on Friday, September 23 against the Spokane Chiefs.

With over 16 promotional nights, there’s something for everyone this season including the annual Canadian Forces Appreciation night on Saturday, November 19th, Teddy Bear Toss on Friday, December 16th, Pink in the Rink on Friday, February 10th and Fan Appreciate Night on Saturday, March 25.

The Royals are also bringing back popular games like Lunar New Year on Saturday, January 14th, Skate With The Players on Monday, February 20 and Star Wars Day on Saturday, March 26th.

Tickets will be available on the Select Your Tickets website at 12 p.m. on Friday, with tickets starting at $25 for students, seniors and corner seats, $30 for sides and the ring, and go up to $39 for Premium Club seating.  Fans can also purchase their tickets by calling the Select Your Tickets box office or stopping by the Save-On-Foods Memorial Centre box office Wednesday through Friday between 11 a.m. – 4 p.m.