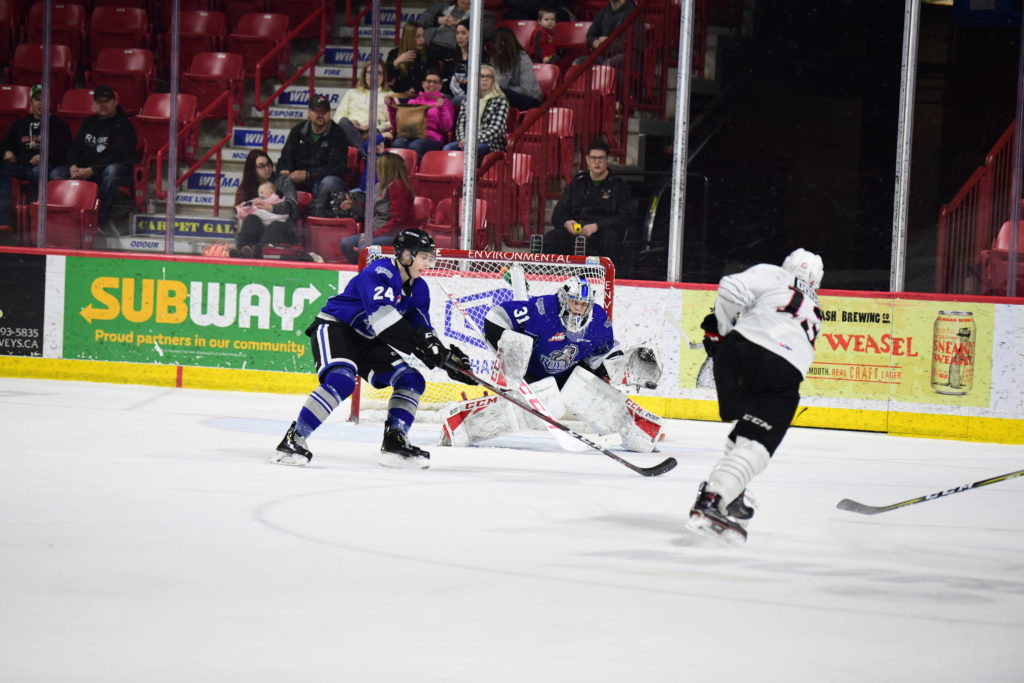 Victoria defeated Moose Jaw 7-2 and were led by a pair of multi-goal performances.

Moose Jaw, SK– Victoria Royals’ forwards Brandon Cutler and Carson Miller each recorded a pair of goals and an assist to propel the team to a 7-2 win over the Moose Jaw Warriors on Saturday night.

Streaking Haden: Royals’ forward Gary Haden continued his offensive success tonight with his sixth goal in his last seven games. He has also added two assists during that span.

Home Stretch: Tonight’s contest was the last game of Victoria’s longest road trip of the season. Since leaving on January 21st, the Royals have played six games in a nine-day span and travelled over 3,500 km. The team will now embark on the final leg of their journey, a 1,763 km trek from Mosaic Place to the Save-On-Foods Memorial Centre in Victoria.

Home Again: The Royals return home on Friday, February 7th and Saturday, February 8th for a two-game set against the BC Division leading Kamloops Blazers. Friday’s contest is Eco Night, while Saturday’s game is the team’s first ever Tech Night. Puck drop for both games is at 7:05 p.m. Tickets can be purchased in person at the Select Your Tickets box office, over the phone by calling 250-220-7777, or online at www.selectyourtickets.com.