ROYALS TAKEN DOWN BY GIANTS 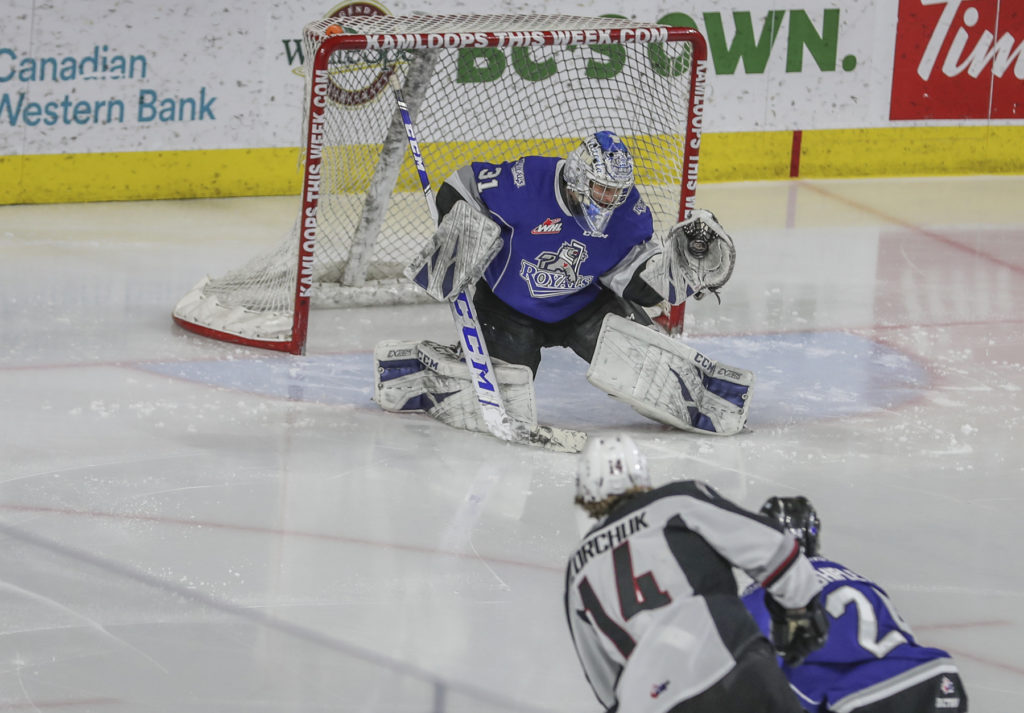 Victoria drops a 6-1 decision to Vancouver.

Kamloops, BC – The Victoria Royals fell to the Vancouver Giants on Tuesday night in Kamloops by a score of 6-1. It was the Royals last game in the Kamloops RE/MAX Hub. The Royals season concludes tomorrow night in Kelowna.

ON A ROLL: The Royals’ Tarun Fizer and Brandon Cutler have points in five of the team’s last six games. Fizer has three goals and four assists during the run, while Cutler has four goals and two assists.

POWERFUL PLAY: Royals forward Keanu Derungs has done all his damage on the offensive end with the man advantage this year. In 10 games this year he has totaled five goals and two assists all coming on the power play.

Next Game: The Royals close out their 2021 RE/MAX Hub season tomorrow night in Kelowna against the Rockets. Puck drop is at 7:05 p.m. Catch all the action on The Zone @ 91.3.