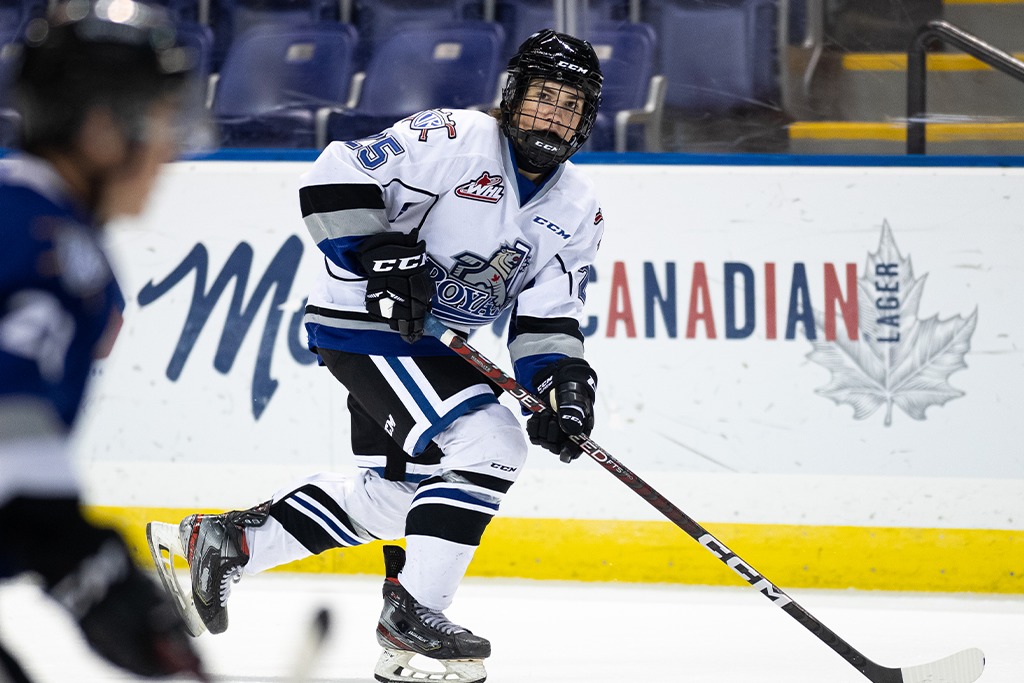 Victoria Royals 2022 third round pick Grant Reid will make his Western Hockey League debut when the team takes on the Prince George Cougars at home on Friday night.

The 15-year-old is currently listed as an affiliate player (AP) with Victoria and is allowed to play in up to five games throughout the season, per league rules.

Reid joins the Royals from the Yale Hockey Academy U18 AAA squad, where he is spending the 2022-2023 season. He has put up strong numbers through the first nine games of the season, recording six points on two goals and four assists with Yale.

The Surrey, BC product was selected by Victoria with the 47th overall pick in the third round of the 2022 WHL Prospects draft held at the start of July.

Forward Alex Thacker will also make his debut for the Royals on Friday after being acquired in a trade with the Lethbridge Hurricanes on Thursday. The 20-year-old has collected seven points on one goal and an assist through 16 games this season.

In goal, 16-year-old affiliate player Jayden Kraus will backup Logan Cunningham, with Tyler Palmer (personal) out of the lineup tonight.

Additionally, Victoria will call up top-prospect Cole Reschny for his third appearance of the season. The 2022 third-overall pick has put up impressive numbers with the Saskatoon Blazers U18 AAA squad this season, posting 30 points on 13 goals and 17 assists in 13 games.

“We’re excited to welcome all four players into the lineup tonight. Obviously they are all very well-rounded and competitive hockey players who can have an immediate impact regardless of their specific birth years or positions,” said General Manager and Head Coach Dan Price. “Alex has fit in with the group right away, and Cole, Grant and Jayden have familiarity with the team from their experience during and after training camp. We’re very happy for Grant to be able to experience his first WHL game and to do it at home in the Save-On-Foods Memorial Centre tonight; this is a well-deserved opportunity for him and he is ready. And for Alex and Cole, this will be their regular season debut at the SOFMC. Very exciting, all the way around.”

Reid, Reschny, Thacker and Kraus will join the rest of their Royals teammates as they take on the Prince George Cougars at 7:05 pm on Friday Nov. 18 at the Save-On-Foods Memorial Centre.

The Royals will be hosting multiple exciting promotions at the SOFMC this weekend, with Friday’s game seeing the team celebrating ‘80’s Night’ presented by Trail Appliances, featuring a karaoke contest with a Traeger as a grand prize, live music and a dance team, food and drink specials and more.