ROYALS TRIPPED UP BY BLAZERS 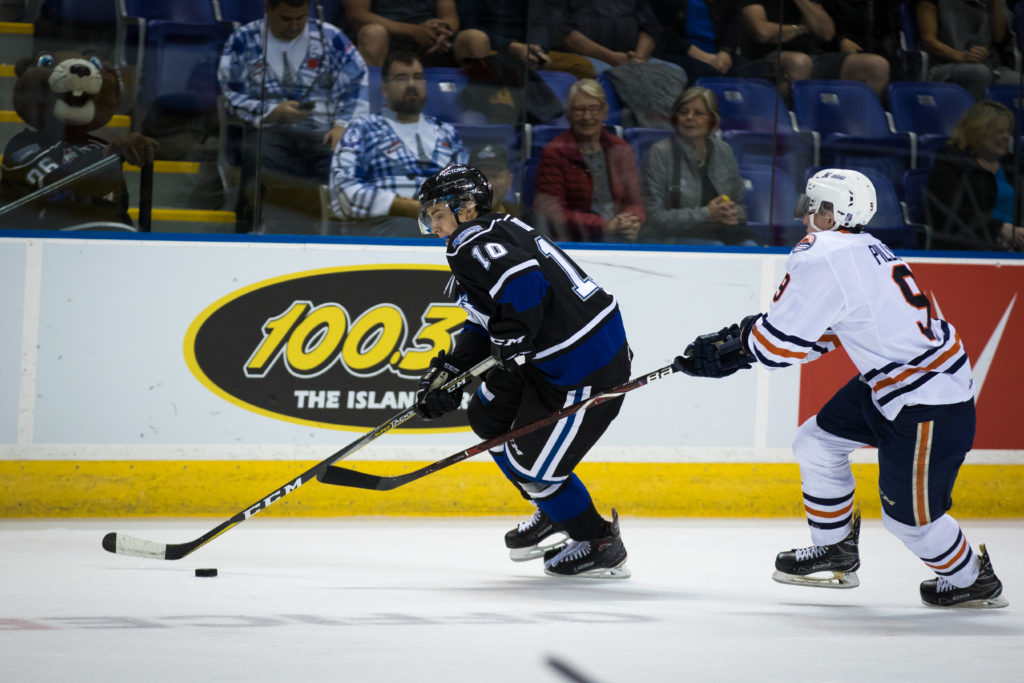 Victoria downed 6-4 by Kamloops in second game in 13 hours.

Langley, BC – The Victoria Royals scored four goals in the third period in a 6-4 loss to the Kamloops Blazers on Saturday morning, in their second game of the Vancouver Giants’ Pre-Season Tournament at the Langley Events Centre.

Line-ups: The Royals once again went with a mixture of youth and experience in their line-up as they dressed eight rookies and 12 veterans. Kamloops’ roster consisted of eight veterans and 12 rookies.

Island Connection: On the Royals’ third goal of the game, all three players who contributed to the tally hail from Vancouver Island. River Fahey (Campbell River) scored the goal, while the assists went to Riley Gannon (Nanaimo) and Nolan Bentham (Victoria). Fahey’s goal was scored on the Blazers’ Dylan Garand, who is from Victoria.

Season Opener: The Royals will open their ninth WHL season on the road in Everett against the Silvertips on Saturday, September 21st. Victoria’s Home Opener is set for Friday, September 27th versus the Prince George Cougars. Puck drop for the home opener is scheduled for 7:05 p.m. at the Save-On-Foods Memorial Centre.