ROYALS TRIPPED UP BY THUNDERBIRDS 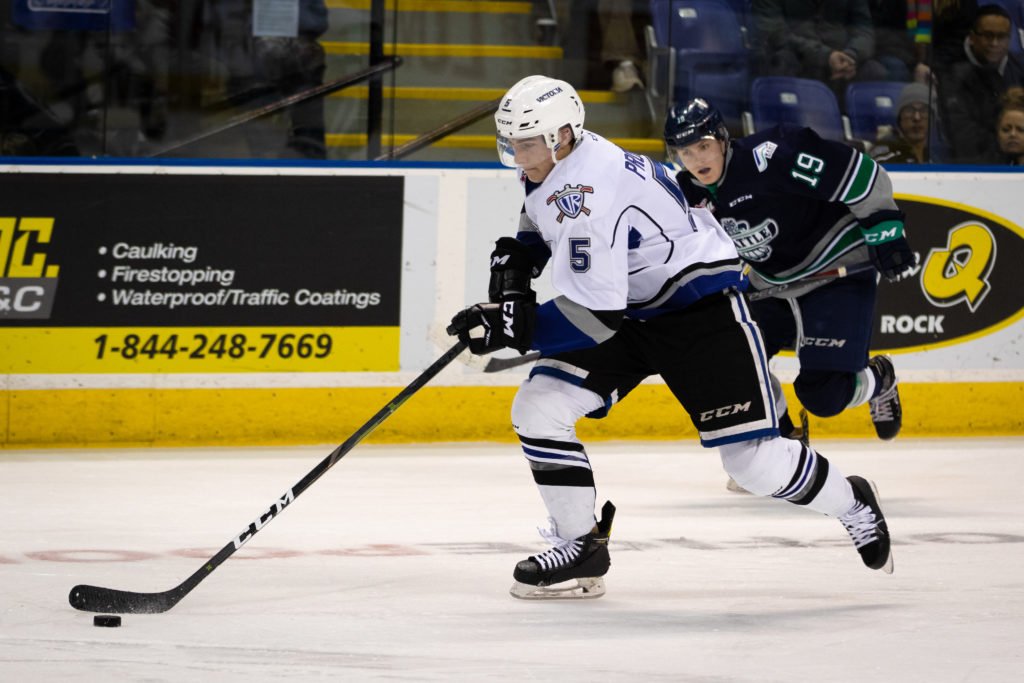 Victoria was defeated by Seattle 5-3; club returns home on Wednesday vs. Everett.

Kent, WA – The Victoria Royals fell by a score of 5-3 to the Seattle Thunderbirds on Saturday night at the accesso ShoWare Center.

First as a Royal: Both Gary Haden and Will Warm recorded their first point as a member of the Royals. Haden scored Victoria’s third goal of the game, while Warm assisted on the club’s second goal that was tallied by Jacob Herauf.

Back in the Line-up: Tonight’s game marked the first contest of the season for Royals’ forward Kaid Oliver, who recorded a pair of assists.

Former Thunderbird: Victoria forward Graeme Bryks played in his first game against his former team tonight. Bryks spent the parts of the last two seasons with the Thunderbirds and registered eight points (1g-7a) in 58 games with the club.

Island Connection: Seattle’s Payton Mount is a product of Victoria, BC. The 2002-born forward played his minor hockey with the Juan de Fuca Minor Hockey Association.

Up Next: The Royals return home on Wednesday, October 9th when they host the Everett Silvertips at 7:05 p.m. at Save-On-Foods Memorial Centre. Tickets can be purchased in person at the Select Your Tickets box office, over the phone by calling 250-220-7777, or online at www.selectyourtickets.com.