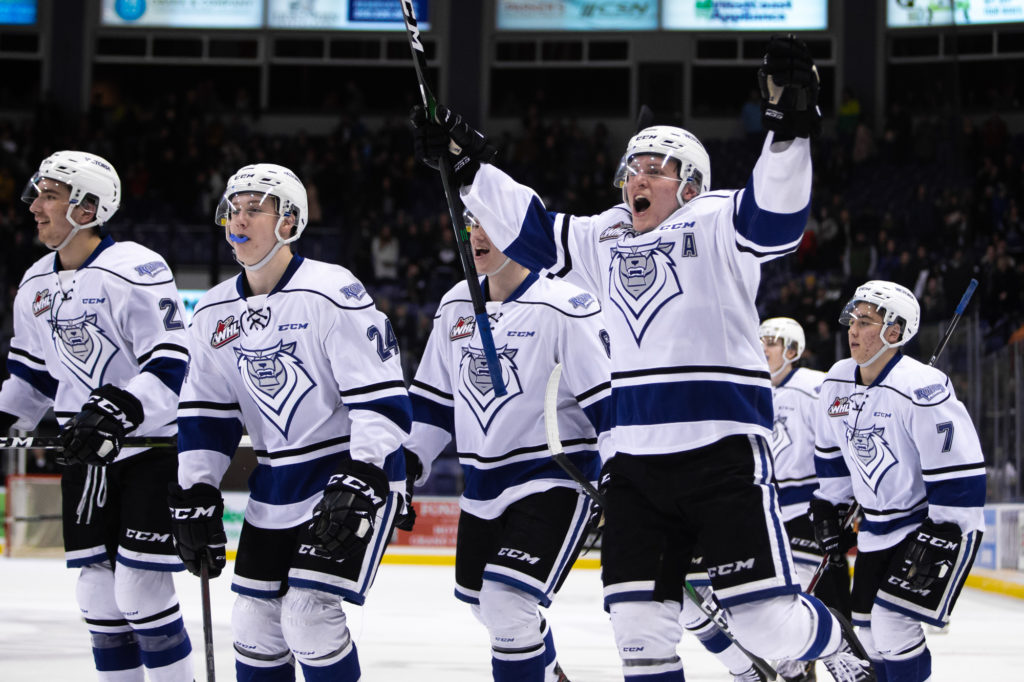 Victoria, BC – The Victoria Royals edged the BC Division leading Kamloops Blazers 3-2 and were led offensively by forward Brandon Cutler, who was named the game’s first star with two goals.

Versus the Blazers at Home: Since the 2011-12 season, the Royals have a 25-7-2-0 record against Kamloops at home. Victoria has now won 10 of their last 11 games against the Blazers at Save-On-Foods Memorial Centre that dates back to September 30, 2017. Kamloops’ last win in Victoria came on October 25th of this season.

Called Up: Royals’ affiliated player Matthew Hodson played in only his second WHL contest tonight. The 2003-born forward was recently recalled from the Saskatoon Contacts of the Saskatchewan Midget AAA Hockey League (SMHL). Hodson leads the Contacts in assists with 34 and is second in team scoring with 49 points (15g-34a) in 41 games.

Homestand: The Royals continue their three-game homestand tomorrow, for the team’s first ever Tech Night, against the BC Division leading Kamloops Blazers. Puck drop is at 7:05 p.m. Tickets can be purchased in person at the Select Your Tickets box office, over the phone by calling 250-220-7777, or online at www.selectyourtickets.com.