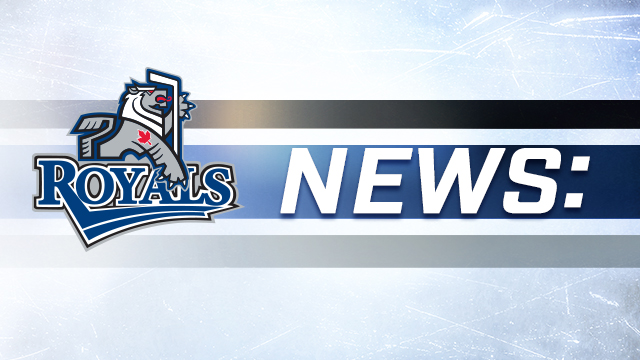 Victoria, BC – The Victoria Royals have officially withdrawn their bid to host the 2020 Memorial Cup.

“The Memorial Cup is the ultimate team championship in the junior hockey world, and hosting the Memorial Cup is a once in a generation opportunity for any CHL community,” Royals’ President and General Manager Cameron Hope said. “The responsibility of hosting needs to be undertaken at a time when a franchise can deliver at the highest level in every way. Our goal, as a franchise, is sustainable excellence and we ensure that all of our decisions lead to that outcome, on and off the ice, providing South Island hockey fans with the very best in sports entertainment.”

“Our fans and the people of Victoria deserve to host an event that is remembered for a lifetime. In bowing out of the 2020 selection process, we feel that the foundation and momentum that has been created by participating in this bid process has been very valuable. The support received by the Bid Committee from all involved, including the local business community and government, has been exceptional. We know that when it is next time for a WHL city to bid on hosting this event, we will not only be a viable candidate, but the best candidate.”

The Royals would like to thank, John Wilson of Wilson’s Transportation who served as the chair of the bid committee and the Royals’ own Darren Parker who served as the vice-chair. We would also like to thank Paul Nursey and Keith Wells of Tourism Victoria who were invaluable resources during the bid process.

The remaining teams bidding on the 2020 Memorial Cup are the Kamloops Blazers, Kelowna Rockets and the Lethbridge Hurricanes.