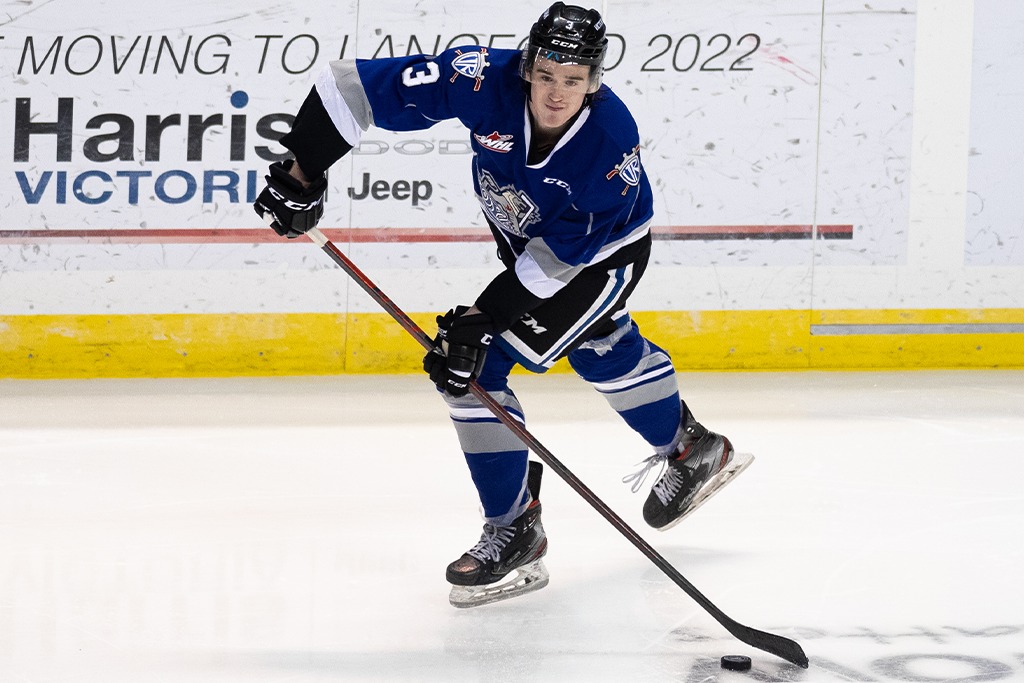 The Victoria Royals will play their final two preseason contests this week as they head to the sunny Okanagan for contests against the Kelowna Rockets and the Kamloops Blazers.

The team posted a pair of wins in its two opening preseason contests over the weekend, defeating the Prince George Cougars 5-2 in Port Coquitlam, BC on Saturday and finishing off the Vancouver Giants 3-2 in overtime on Sunday in Langley.

Newly acquired forward Teague Patton is enjoying an impressive preseason, tallying three goals through the first two games, including the overtime game-winner on Sunday against the Giants.

Returning forward Carter Briltz is another Royal who has made significant contributions through the first two exhibition games, recording three points on a pair of goals and an assist.

Goaltending has also been a high point for Victoria in preseason, with the trio of Logan Cunningham, Campbell Arnold and Jayden Kraus combining to allow just four goals over two games. Tyler Palmer is anticipated to make his first appearance in net this week.

Both Kamloops and Kelowna enter the week with a 1-1 record through their first two preseason contests, splitting a home-and-home series against one another over the weekend.

Reigning WHL Rookie of the Year Andrew Cristall has recorded a league-high five points on four goals through his team’s first two exhibition games, while forwards Scott Cousins and Nolan Flamand have provided support with three points on two goals and one assist apiece.

Forward Matthew Seminoff has been the top scorer for Kamloops to this point, registering three points on one goal and two assists. However, most of the Blazers scoring has been by committee, with eight different players finding the back of the net over their first two games.

The first game of the week is set to get underway at 7:05 pm on Tuesday, Sept. 13 at Prospera Place in Kelowna, while the next game will take place at 7:00 pm the following night, Wednesday Sept. 14, at the Sandman Centre in Kelowna.

The Royals will then take eight days off to prepare for their season opener against the Spokane Chiefs on Friday, Sept. 23 at the Save-On-Foods Memorial Centre in Victoria.