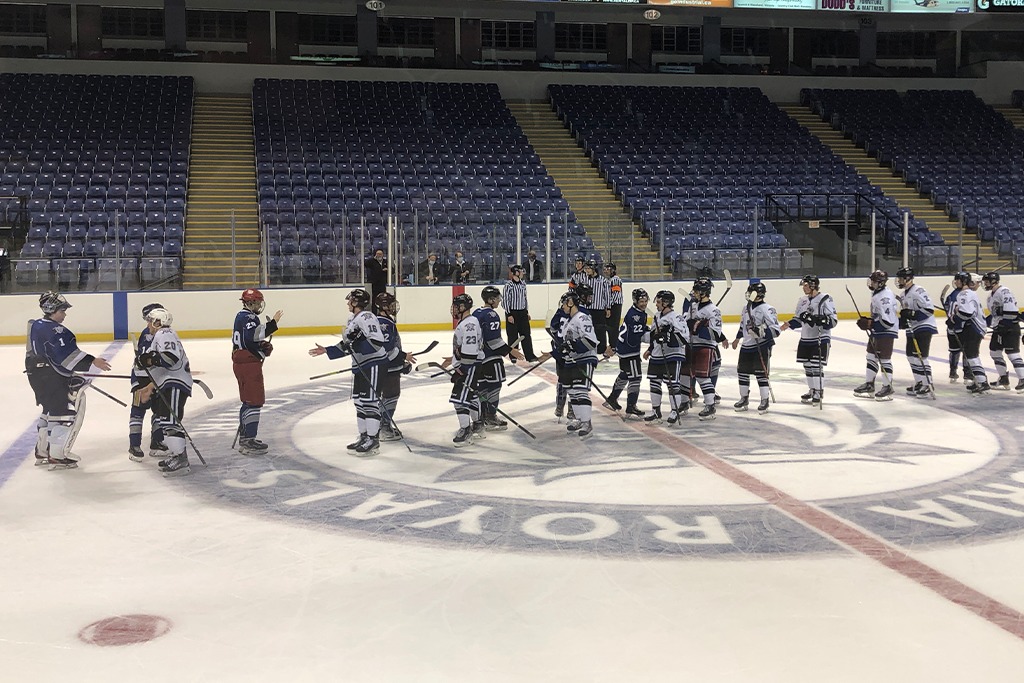 The Victoria Royals ended their 2021-22 training camp yesterday with the annual intrasquad game.

Returning players and rookies alike joined training camp on Saturday for their chance to be a part of the club’s 11th season. Upon arrival, each hopeful participated in rigorous fitness testing and team practices followed by a scrimmage each afternoon. The 43 skaters were broken up into two teams for camp: Team Joe Hicketts and Team Matthew Phillips.

The intrasquad game was the final opportunity for players to earn a spot on the team this season and each team came out looking to win. Igor Zborovskiy scored the first goal for Team Hicketts in the first period. Zborovskiy has had a strong showing at both rookie and training camp scoring four goals and three assists. Late into the first at 18:29, Carter Massier of Team Matthew Phillips bested goaltender Nic Peters, tying the game.